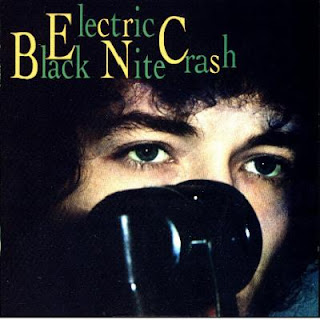 The Julie Mittens s/t CD
MGR/Xela split LP (advance CD)
One Might Add Sailing Team CD
Bob Dylan Electric Black Nite Crash
Old and New Dreams s/t
Still quite knocked out by the scorching heavy Julie Mittens disc (s/t on Holy Mountain). One Might Add (electronics/drums duo from Portugal) started out good and are steadily improving with additional listens. The Dylan bootleg is the Hollywood Bowl show he did in 1965, his third electric concert, with Levon Helm in the band, along with Robbie Robertson, Al Kooper, and Harvey Brooks on bass (who also played on Bitches Brew, weird huh). Newport was in July, Forest Hills was in August, this show was on September 3, and it went over the best of the three. Rough sound but great acoustic set... and great CD cover! In the electric set it can be weird to hear Kooper's organ playing when I'm used to Garth Hudson's epic streaking and swirling from the UK tour bootlegs - I'm thinking mainly of "Ballad of a Thin Man" - on "Maggie's Farm" the organ is downright cute, a whole different feel than the blistering nihilistic Newport version where Kooper was basically inaudible.