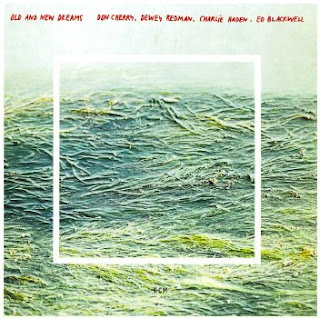 I wanna like the UW Owl LP, it looks cool, and it sounds pretty cool too, but these bone-dry minimal synth improvisations don't become songs or even really tracks, more just like demonstration reels. "This is what a synth can do if you're going for a dark sound." As such, it's not a bad record, just not an especially gripping or vibed-out one. Anyone else know about this Projections series, a book-length cinema periodical, filled with interviews, essays, and opinion, entire screenplays, etc., edited by visionary director John Boorman of all people? I guess anyone who haunts the film section of your basic college-town used bookstores will know about 'em. I've got "Issue No. 2," bought at least ten years ago for $7.50 while haunting the film section at college-town bookstore A Novel Idea (Lincoln, NE). Every few years I randomly pull it off the shelf and enjoy all the stuff in it I had completely forgotten about, like interviews with George "Mad Max" Miller, Willem fucking Dafoe (interesting that he was born in Appleton, Wisconsin, went to school in Madison, and did "left-field" theater in Milwaukee before moving to NYC at age 23... I wonder if he knew Die Kreuzen... just kidding), Derek Jarman (interviewed by Gus Van Sant), the entire screenplay of Bob Roberts, and my favorite thing right now, about 30 pages of "Altman on Altman." The man from Kansas City spins some inspiring midwestern curmudgeon/dreamer philosophy in here... on being accused of misogyny or homophobia or racism: "My answer was and is that I'm not making this film to show you how I think things ought to be..." Downplaying the interviewer's suggestion that he is "debunking the American myths": "It's just another look at them. They've become rigid. They don't move enough, those myths. They all become imitated to the point where they become like granite, and they're not interesting... I'm just moving to a place where I can look at it from a different angle." I love this next line, it's often in the back of my mind, it influences me to this day: "A plot, to me, is a clothesline. For example, as I read The Long Goodbye it occurred to me that Raymond Chandler's story was merely a clothes-line on which to hang a bunch of thumbnail essays, little commentaries - because that's what he was most interested in." Or how about this heaviness: "We sense things through our skin, smells that we don't detect, visual things that we don't think we remember, things we hear that we don't know we've heard, and temperature - and all of these things add up to a hunch. I trust hunches, because I think they are the most accurate messages we get and because they are not something you can intellectually explain. Sometimes you fool yourself, and they don't work or they're invalid. But so what? Your percentages of hits and misses are about the same." And I'll leave you with one more, Altman describing the way he tells a story: "It's making something spherical instead of linear. The more and more of this I do, the more I want it to be like you're inside a universe, you're inside a sphere. There isn't any end and beginning to it." Another long-time-coming shelf-pull tonight was Paradieswarts Duul by Amon Duul. For some reason it's been a couple years. Sounded great, and 2-year-old Claire concurred: "I love this music!" "I do too, Claire!" "Who sings it?" "Amon Duul." "Amon Duul?" "Yeah, Amon Duul." "Amon Duul sings it!" Now that's good parenting, gotta pat myself on the back a little there... I've loved Don Cherry ever since the very first time I really heard him, on Ornette Coleman's Shape of Jazz to Come, the stunning lead-off track "Lonely Woman," but only this year did I learn about Old and New Dreams, a quartet of Ornette alumni with Cherry on trumpet, Dewey Redman on reeds, Charlie Haden on bass, and Ed Blackwell on drums. They first convened and recorded an album in 1976, playing on and off until 1987 and recording four albums total. This is their self-titled album from 1979 (pictured), and they were a pretty incredible group, classic acoustic jazz with a timeless quality, especially Cherry with his Universal Music concepts and Blackwell who is of course a stunning player in the "ancient to the future" style. Just like Shape of Jazz to Come, the album opens with "Lonely Woman," another great version, this one 12 minutes long, very chill on the surface but with some serious simmering going on if you listen closer. Also check out the Dewey Redman overdubbed musette insanity on "Orbit of La-Ba," and don't miss the closing cut "Song of the Whales"... Dolphy may have played with the birds, but on this one Cherry plays with the whales, which I'm pretty sure is Haden playing his bass through echoplex... he is the only credited composer... OH MAN, first time I've put on the Basic Channel 12" by Paperclip People and the track "Remake (Basic Reshape)" is great... side B is awesome too in a more sprawled-out and slower-developing way... turns out this is Carl Craig from Detroit, new mixes of some 1990s tracks by him... I didn't know any of this, I figured it was the guys from Germany using an odd name, but now I understand why this track has such a sideways fresh sound for Basic Channel. The Hall of Fame disc comes with their newly released edition-of-250 LP on Amish Records (First Came Love, Then Came The Tree). It documents a single live set from 1998 in Louisville, Kentucky, and I think I like it better than the LP. I said before that this is a band that can/could go in a lot of different directions, and they really demonstrate that here, such as starting with 12 or so minutes of sublime instrumental space-jamming before moving on into folk songs, weird interludes, other atmospheres... maybe some future members of Sapat were in the audience, getting inspired...
Posted by Larry at 8:43 AM