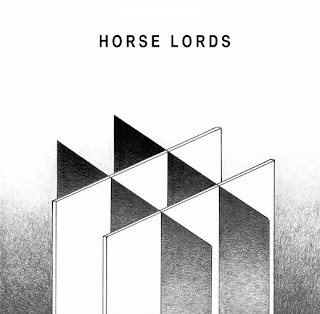 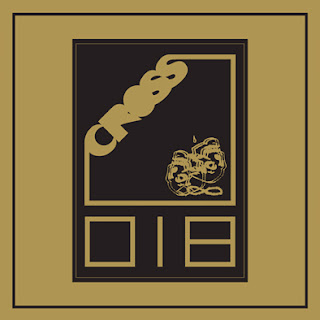 And for the other example, we have a veteran of the 2000s underground in Michael A. "Ma" Turner, who made three or four* of the more singular underground rock LPs of the 2000s with his band Warmer Milks, now reembracing the 1990s sounds of his youth in his new band Cross, in this case going right back to Nirvana, Soundgarden, Alice in Chains, and the very birth of emotional grunge itself. Or is it that simple? Going into it, I was thinking of the band as a continuation of Warmer Milks, so it took me a couple listens to readjust and realize this is very much R. Clint Colburn's band as well. He writes four of the songs by himself, including the first two on the album. Turner writes two by himself, and the remaining four are by Turner/Colburn. And, where Turner is the sole credited guitarist and has more of a background vocal presence, Colburn is the sole credited lead vocalist on all tracks, using a smooth goth/grunge ballad style that occasionally rips into a most excellent Lizard King shriek. The grunge-ballad singing, as well as the crafty, hooky songwriting and a surprisingly professional and clean production style, took a little getting used to, but then the songs really started to kick in. They're deeply felt and carefully written, and what initially sounds kinda slick settles into a satisfying and psychedelic heaviness (props to the spot-on rhythm section of Jamie Adkins on bass and Jason Schuler on drums), sprinkled with odd bursts of noise guitar, sublimated demonic background vocal chorales, the aforementioned tightly rationed Lizard King shrieks, and more. The record is thematically challenging too; not only is the title Die Forever, but almost every song on the album talks about death or dying, reaching a fever pitch on side two when the song "Die Rock" and its (very catchy) chorus of "Dying Dying Dying [repeat]" is followed up two songs later by "Temple" with its final chorus of "Die Die Die [repeat]." One might say they're being overly repetitious, but I think they're very much doing it on purpose. They also sing about Jesus, and His Cross (on "Forever"), and the band is named Cross, so this might be some kind of new take on outsider weirdo private press Christian rock as well. Either way, almost all of these catchy songs are getting lodged in my head, particularly the aforementioned "Die Rock" and the leadoff single/video "Inhuman Nature." Wrap it in a nice and shiny gold and black Robert Beatty cover design, and you've got another bold step from the Sophomore Lounge label.    (* Penetration Initials, Radish on Light, Soft Walks, and throw Permanent Drool/Lucifers Twins in there if you're feeling especially frisky.)
Posted by Larry at 8:09 PM No comments: