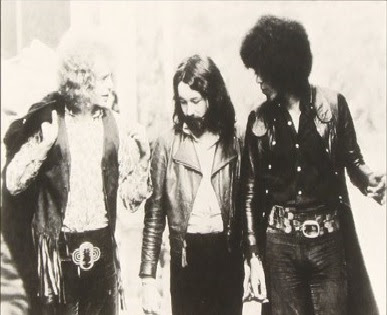 The baddest-ass Nina Simone clip on YouTube is whichever one you saw last. Especially if it's "Be My Husband."

And now for something not necessarily completely different, here's some music by a white man, footage of the late Arthur Russell performing songs from World of Echo, filmed by Phill Niblock:

A person on the internet was just talking about Marion Brown's Sweet Earth Flying, which reminded me that it's my favorite Marion Brown LP. (Special thanks to Why Not? and Afternoon of a Georgia Faun.) I already knew this, but listened today for the first time in years and it sounds better than ever. I had forgotten that both Muhal Richard Abrams and Paul Bley are in the band on dualing electric and acoustic pianos, sometimes doing a little Silent Waying and Bitches Brewing, even some Lawrence of Newarking on organ, but mostly doing their own sweet and strange thing. The 5-minute solo electric piano intro by Paul Bley makes it easy to imagine our sweet earth flying from say a hundred miles away, while Brown's darkly gentle and pensive alto and soprano saxophone solos introduce the element of unstable gravity. Another AACM member, and founding member of Air, Steve McCall is on drums... a couple guys I haven't heard of, James Jefferson and Bill Hasson are on bass and percussion (and narration) respectively. The record label is Impulse! and the year of release is 1974.