Via international post arrives this jaw-dropper of a double-cassette compilation (two C90s!) put together by Tom Smith of To Live and Shave in L.A et al for his voracious boutique label Karl Schmidt Verlag. What a lineup: Smith opens with his own field recording of an odd disruption he and other attendees experienced at a photography exhibition, which went on to inspire the anti-fascist concept of the compilation (all elucidated on the insert), and then over 175 minutes of music follow, in two-to-three minute bursts from an endlessly welcome parade of interesting/important/fascinating contemporaries and colleagues like Charles Hayward of This Heat, Wolf Eyes, Robert Turman, Weasel Walter, Admiral Grey, Don Fleming, ONO, Anla Courtis, Keith Fullerton Whitman, Howard Stelzer, Taiwan Housing Project.... and that's just one third of Tape One. The second tape offers Aaron Dilloway, RLW (whose track "Blab" is GREAT), Rat Bastard, Lasse Marhaug (whose track is also great), Neil Campbell, Nondor Nevai, Lucas Abela, Id M Theft Able, and all that's not even a fourth of the names on here. Lots of them I haven't heard before, but can't wait to dig into under Mr. Smith's audacious curatorial eye (like Sharlyn Evertsz, who I'm listening to right now deep on Side D, her truly wild storm of a black metal power electronics track called "Bridge Build"). Great to reacquaint with old favorites too; Smith's aforementioned band To Live in Shave in L.A. close out the whole comp with an intense baroque howl of a track, and another project he's involved in, Rope Cosmetology, appear towards the end of Tape One. Julie Ann Huntington, last heard by me about 20 years ago wailing on an oboe in Ann Arbor, Michigan in the nerd noise punk band Galen, here wails on an oboe somewhere all alone, with earth-shattering ambience for a track simply called "Visceral Oboe." (Maybe she can make a For (Visceral) Oboe double LP and Delmark Records will put it out -- they are still around!)

Anyway, so much music on here, and you can call it "noise" or "experimental" or whatever you'd like, but one word can't do justice to the variety of textures and approaches, and you'll feel throughout what Mr. Smith meant decades ago when he first said "genre is obsolete," like when beautiful eldritch soft hover-drone by Jason Lescalleet gives way to saxophone & electronics free jazz blowout by the duo of Chris Pitsiokos and Philip White, or when the post-Neubauten industrial theater of "Refugees Trapped in a Warehouse" by The Karmakumulator (the track possibly most eerily similar to Smith's thematic field recording opener) goes right into the superb oceanic dark techno drive of "Twice Awake" by Cryptic Mantra. Don't worry, I'm still leaving plenty of surprises for you to get to yourself. Although the cassettes are professionally manufactured and really sound fantastic, only 100 hard copies were made, so a Bandcamp purchase is a good way to go, and you get more music (the cassette versions are necessarily edited due to space constraints), including some bonus tracks. Also, I don't know about you, but I'm always getting lost as to which track I'm listening to when I listen to cassette comps. Though of course that's fun too, and takes you out of the realm of accountant/statistician/trainspotter, and turns you into a pure music listener, in that classic cassette culture kinda way, and still you have those choice moments when an instantly recognizable artist will suddenly snap you back on track, like when the distinct solo synth styles of Three Legged Race and Andy Ortmann sandwich the spoken word fixations of Gregory Jacobsen for tracks 7, 8, and 9 of Tape One.

And, in addition to all of the ideas, inner-space imagery, and overall experimental thrust presented by the music itself, the tapes come with the aforementioned insert and curator's statement, which also cites the fascinating and new-to-me work of New Zealand-bred feminist artist Alexis Hunter as inspiration and source of the phrase "approach to fear." Also printed is a short interview with musical contributor Admiral Grey, who says "I am constantly reminding myself to try to avoid the literal. Life is literal. We need art to be something else, to perceive from another direction." This really resonates with me and I think it's what I feel in my gut every time I hate-watch episodes of Joe Swanberg's Easy. But I digress. More importantly, to continue from Ms. Grey's statement, there are at least 68 (more like 68,666,668) directions of perceptions documented here, approaches to fear if you will, that can be interpreted a multiplicity of ways: as confronting fear, as coping with fear, as outright running as hard as you can in the opposite direction, as breathing fire directly onto its face. Here's to regeneration...
Posted by Larry at 11:19 AM 2 comments:

Don't know much about the participants here, but I'm learning. Spider Bags have been around for awhile, and have released records on Birdman and Merge, as well as a previous 7" on this label, Sophomore Lounge, but I don't think I'd heard the band before this LP. Reese McHenry I hadn't heard of at all, but that's her on the cover, and she's the lead vocalist here, apparently well-known in Chapel Hill, North Carolina for her powerful bluesy/country rock'n'roll singing with a band called The Dirty Little Heaters, but under-recorded, as she's been dealing with health issues for the last few years. The Heaters released a 7" in 2008 and a CD in 2010, but Bad Girl is a sort of an overdue debut vinyl LP for McHenry. As backing band, the Spider Bags are a good-ole guitar/bass/drums trio, playing hard-edged soulful roots rock. Ms. McHenry makes it a quartet, and has a great voice, soulful, wailing, clear as a bell. There's a decent amount of actual Grace Slick power and character going on here, among other things, such as roots and country and honest-to-goodness cowpunk. They play some originals and some covers. "Leanin' on You Too Much" is a Joe South tune that they tear up pretty good, with great overdubbed background vocals and sax, and McHenry really makes the Lee Moses oldie "Bad Girl" her own for the opening cut, but the originals blend right in, like "Painter Blues," written by Spider Bags vocalist/guitarist Dan McGee, and "Mexico City" and the super-hooky "On the 45" by McHenry. The steel guitar by John "One Take" Brown is really nice too. A proverbial good'un!
Posted by Larry at 11:25 AM No comments:

Just spent pretty much two whole days at work playing this 28-hour-long Drone Not Drones 2017 release on Bandcamp. We're doing end-of-year inventory, and I've gotta say, this music is perfect for when it's zero degrees outside and you're barely moving, counting stuff all day long in a dimly lit basement. Drone Not Drones is an annual Minneapolis-based benefit concert for Doctors Without Borders, in which more than sixty musical acts rotate on and off a stage and play an uninterrupted drone for 28 hours. This was the 4th annual iteration, and it took place back in February (I guess the 5th annual might be coming up soon?), and though most of the artists are from the Minneapolis/St. Paul area, there's some ringers from out of town too. In fact, 2017 was closed out by a strong Chicago crew of Mind Over Mirrors, Matt Jencik & Whitney Johnson, and Circuit Des Yeux, then a solo set by NYC's own Lee Ranaldo, followed by all of them jamming together for the grand finale. It was a recent Facebook post by Circuit Des Yeux that brought me here (I guess the 2017 performance was just made available on Bandcamp this month), in which she wrote of her solo set, "At the time it was a huge physical challenge to sing for 40 minutes straight with no accompaniment or loop pedal. I've since been trying this exercise more regularly & it has opened many musical doors. I was grateful when Lee Ranaldo joined for the last few minutes to see me through." It's amazing to think this was one of her first times doing this, because it is already some really stunning and intense high art. Now that she has essentially another year's experience under her belt, I'm even more excited to hear [plug].

But there's much, much more here than just those last few sets. 28 hours is a lot of new music, and it's crazy to think that it all happened in one shot. Now that I've listened, paying varying degrees of attention, to almost half of it, it's certainly given me a lot other thoughts too. One is that the Twin Cities of Minnesota are a very creative and intelligent place, having brought us a strong leftist/individual hard-working and hard-weathered political stance, as well as great musical innovators like Prince and Husker Du, and that guy Bob Dylan, as well as a thriving forever-unknown local hardcore experimental music scene as documented here.

Another thought is just how wintry it is in the Twin Cities, probably even colder than Chicago, and I can't help but think how well this music goes with winter. The ambience is like a slow-burning fire, and/or the deep dive into inner space that can only happen on isolated days and nights spent indoors while the city freezes outside. Another thought is: what is drone anyway? There's entire hours of music here that really aren't drone at all, more like glacial soft improvising, almost like raw tapes for ECM, or just solo instrumental performance, with all kinds of personal non-drone musical languages, silences and themes and riffs and melodies that come and go. I'm thinking of the sequence where Alan Sparhawk of Low plays skittery and minimal solo electric guitar, filtered judiciously through a loop pedal, and is eventually joined by banjoist Paul Metzger, who then embarks on a long solo set that is downright baroque classical in its sweep, which gives way to Steve Hauschildt (of Emeralds, another out-of-town ringer) and his rich cosmic electronic synthesizer styles, in some sense closer to true drone, but ultimately too varied and cinematic to be.


Another thought: during long stretches when the sound is supplied by what seem to be Twin Cities-based ad hoc groups, I can't help but think that a lot of this music wasn't created to be "definitive," or "permanent," or even "great," it was created to keep the moment it was part of going, to raise the money for the deserving cause, to simply amplify the ambience of the great Northern Central American Plain, and to turn regular life into art for a little while, not necessarily for posterity. Some of it actually is great (the Circuit Des Yeux set for sure), lots of it, like maybe even 80%, is definitely good, but 100% of it works towards that common goal. And you can buy all 100% of it on Bandcamp for a mere $10! That's only one dollar for every ten percent! (Although $28 is suggested as a nice round number that would make Doctors For Borders happy.)
Posted by Larry at 11:22 AM No comments: 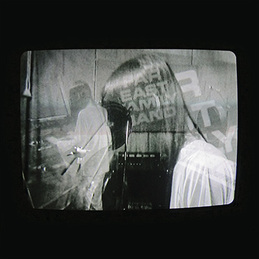 http://www.dragcity.com/artists/fumio-miyashita
Posted by Larry at 10:49 AM No comments: