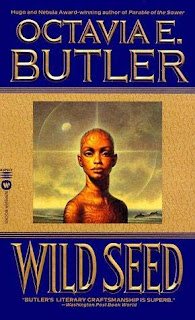 I have heard some Les Rallizes Denudes tracks here and there, so I am aware of THAT SOUND, but this is the first time I've sat down with an album. Seems like a good place to start with the over-the-top title and #3 ranking on the Japrocksampler Top 50 and yeah, album opener "Strong Out Deeper Than The Night" could be the one signature Denudes track, really the ultimate post-Velvets sound in a lot of ways - "Sister Ray" length, utter dirge bassline that barely moves yet never stops, vocals and guitars so bathed in reverb and distortion that the twitch of a nosehair sends out enough shimmering waves of harsh electronics to derail the track - but it keeps on going, even when the guitars are fully whaled upon.... their sound is huge enough that it seems to trace an arc through all of post-War technological society, the early exuberance of rock'n'roll ("Stand By Me" bassline) as it is slowly overwhelmed and consumed by the chaos and isolation of the modern world.... The complete title of the Sweet Teeth CDR is actually From the Fourth Hand of the Buddha the Lotus was Born for the Seventh Time, although it only has one track and that is called "Morning Raga," so I guess the album could've been called just that - but I'm glad it wasn't. It's another one from the excellent Thor's Rubber Hammer Productions label, and hey it starts with some audible paranoid talk radio on the topic of chemtrails, a subject we just heard about on the D. Charles Speer album, and then the jam begins as the radio plays on. Despite the word "raga" in the title, this is not overtly Eastern-fetishistic which is nice, rather a melange of Native American drum pulse, some bubbling crude synth electronics, fairly searing shoegaze guitar, and soaring androgynous/wordless vocals, clocking in at around 22 minutes before fading out with the radio show still going. Always a nice touch when bands jam while the TV or radio is on, especially when the music is good like it is here.... The Corleone label has just put out a whole bunch of new stuff, including CD reissues of two LPs that were feted by the Siltblog (RIP??) in 2007. Remember that Ukes of Spaces Corners County LP, did anyone check that out? I picked it up for 8 bucks at Reckless and it didn't really do it for me. I mean the spaced country feel of the music was nice, but I couldn't get past the high-pitched straining-indie vocals. Now on CD I'm still not exactly loving it but I can't just ignore that spaced feel either - musically it's good. The CD looks good too, with a punk-feel xeroxed booklet with lyrics and art... I don't think I'm done with this one. As for the Night Wounds album, I liked it on vinyl and I think I like it even better on CD. I had kinda forgotten that this really is a rather special record. The aggro no wave skronk genre is not my favorite, but what I like about Allergic to Heat is how reduced and constrained it sounds. It's not messy and screamy, there are really no tantrums going on here. The vocals are agitated and come with the requisite distorted effect, but they are well-paced, succinct, and they never dominate. Same with the guitar and sax, which splatter and spray all kinds of garbage, but are always kept in check by the implacable groove. I like the way the drums sound like cardboard at times and at other times sound dubby, always driving the songs just right. Also from Corleone, Lorna Doom is a Providence hip-hop duo and although they come from a rather self-conscious indie/punk kinda background they have made a fun and exciting 5-song EP that bursts with homages and samples (wow, remember samples in rap music?) and references and production styles that are honestly worthy of the names they check in the one-sheet: Bombsquad, Prince Paul, and Cut Chemist... available on vinyl too... Tired Sounds is the only Stars of the Lid album I've ever heard and it's so deep and gorgeous and long that I'm pretty sure it's the only one I need. If anyone feels that isn't correct, let me know... Re: Henry Flynt, You Are My Everlovin' is the classic but I've put Purified in the Fire in the player at least twice as much. I love this album... digging this Suicide thing too, originally released as a ROIR cassette in 1981, a raw mix of live tracks and rough demos, seemingly a lot of songs that were on their 2nd album but I really can't tell because this thing is insane, mutated, and frenzied, with more Alan Vega bellows and war whoops than you could swing a steel chain at.... Octavia Butler's Wild Seed is set in the past (1690 says the first chapter heading) and I thought that wouldn't make it 'as good' as your Clay's Ark and your Xenogenesis and Parable series, but I forgot that when Octavia writes about the future she's also writing about the past and vice versa because above all she's writing about the biological and hiearchical drives that have defined and driven humanity in any era. Wild Seed has all of her usual 'harsh change' themes going on but it also brings more to the table than I expected, like magic realism, shape-shifting, telekinesis, not to mention nothing less than the Battle of the Sexes... it's interesting how little discussion there is about her books out there, and also how rarely they show up at used bookstores... I think they're just too heavy, people hold them close to the chest... maybe not literally heavier than a death in the family, but her stories do usually contain at least one or two of those, and she never pulls any punches....
Posted by Larry at 5:48 AM