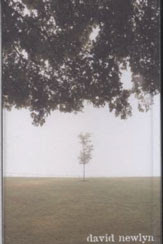 Diamondhead is the new thing by Lonnie Methe, he of Naturaliste, one of my favorite local bands from my Nebraska daze.... now he's in Austin, TX working with some new players and they're doing jammy improvised stuff that is a little less noise and a little more rock than Naturaliste, actually ending up somewhere close to an xNOBBQx vibe... I realize that won't be a recommendation for some of you but it is for me, I dig that xNOBBQx LP, it's downright chilling. On the other hand, this Diamondhead disc is kind of long and seems indifferently assembled, but there are excellent moments and I'd like to hear their jams presented with the more rigorous editing and conceptualization that went into some of the old Naturaliste stuff (and Methe's solo stuff as Arnoux). But hey, the title is "Dirty Realism," so, you know.... the David Newlyn tape is on Abandon Ship, who just keep cranking things out I have barely or never heard of. No idea who Newlyn is but he's put out a pretty great tape, oft-perfect retro-future keyboard dream music that works in would-be room-clearing high-pitch test-tones without subverting the beauty. You might remember my Popol Vuh award, well, I'm gonna start giving out a Plux Quba award and David Newlyn is the first guy to get it. In fact I put on Plux Quba next, and as far as today was concerned the Newlyn tape actually sounded better. Canavarro's classic just got drowned out by the workplace, which certainly happens often and to albums that are substantially less quiet and/or even greater musically. This Theme Time Radio Hour is singlehandedly notable for introducing me to the amazing and otherworldly Martian doo-wop "Zindy Lou" by The Chimes. Other highlights include Buddy Holly doing "Peggy Sue", Sandy Denny doing "Pretty Polly", girl group The Jaynettes doing the great "Sally Go Round The Roses," and the man, Bo Diddley doing "Mona." Seeing Danny Boyle's Sunshine a couple days ago inspired me to rent Silent Running, a 1972 movie that I've only seen a few scenes from once on very late-night TV (too late for me to stay awake) and other than that via stills in Starlog magazine when I was 8 years old. I could probably get into it, I was digging the space freighter design for sure, but the mis en scene of the interior sequences was reminding me of CHiPs or something, and it wasn't as 'contemplative' as I hoped it would be, mainly thanks to Bruce Dern and his character's frequent outbursts of overzealotry. Didn't even make it to the part where he starts silently running before I had to return it... I guess once the other humans are out of the story and he doesn't have anyone to yell at it probably gets better... I'm not very good at watching movies.
Posted by Larry at 6:12 AM