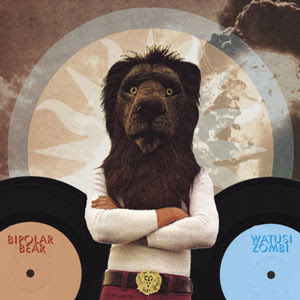 First time I've caught up with these albums from the Thurston Moore Grand Royal Free Jazz list. The Ali & Lowe is a burner of course, notably just 13 minutes or so per side. Seems a lot hotter and more aggressive than the spacier and warmer Interstellar Space duo album by Coltrane & Ali. When each player takes a solo turn, wow... they really had some shit ready... Lowe's solo is in full Black Beings bellow/scream mode.... Wow, "Black Art" from Sonny's Time Now, I can see why this album was on the list for the way LeRoi Jones shouts "WE WANT POEMS THAT KILL! Assassin poems! Poems that shoot guns! Poems that wrestle cops into alleys and take their weapons leaving them dead with tongues pulled out and sent to Ireland..." alone. He's really interacting with the band, especially when he imitates an airplane -- who is the band on this again? OH SHIT, it's ALBERT AYLER on sax and DON CHERRY on trumpet, that's a pretty good band... not to mention Henry Grimes and Louis Worrell on basses, working with Sonny to create that one-of-a-kind shivery shadow world. Couple split 7-inches from the Kill Shaman label: Landed is a Providence band, right? They've got a track here called "Osama OxyContin" that is pretty sick wrong/techno/shit trashy stuff, but it's fading fast from memory. Megafuckers stand out more with a vocalist who talk/sings some pretty funny lyrics (sheet included!) like "You can't throw up your way out of everything/The police are in your house now/You better face it, you're addicted to drugs/Don't you think the world should be exploded/Don't you think it hurts to be ex-scroted/M-S-N-B-C fuck." On the other 7, Bipolar Bear I know nothing about, but they are totally standing out with a reverby slightly proggy weird-pop style, reminding me of the Strapping Fieldhands, early Rush (?), Wingtip Sloat, I don't know, but it's my favorite so far. On the flip Watusi Zombie give 'em a serious run for the title, probably the most straight-ahead garage/punk type sound of all these Kill Shaman 7's, but still weird and trashy, great "bah-bah-da-bah-bah-bah-bah" man/woman chorus vocals. I now see that they're from Osaka, Japan. Likin' the cover art here too, by Justin Wright (who records music as Expo '70, something else I've been meaning to check out).
Posted by Larry at 5:44 AM