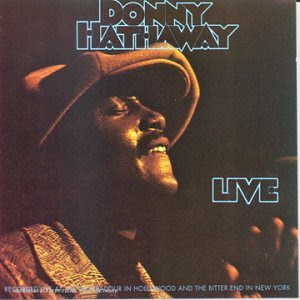 Walking to work from the train stop I was blown away when the shuffle pulled up "I Believe In The Wheel Of Fortune" by Paulette & Tanya Winley. Have you heard this song? I hadn't, and I didn't even know it was on my iPod, I think I downloaded it months ago from some mix on some blog by some guy. It's sassy hip-hop street-funk sung by ladies, sisters it would seem. "I believe in the wheel of fortune/What comes around goes around/And I believe I believe what my momma used to say/What goes up must come down/And you know that/And you know that/And if you don't know that/I think you better learn that." As soon as I got to work I hit google and discovered that this was a 1982 track from the Paul Winley Records label, which had been around since the 1960s as a doo-wop label and got into the breakbeat game with records like "Smokin' Cheeba Cheeba" (1976) by the Harlem Underground Band and then hip-hop with the first releases by Afrika Bambaata. Winley was also the first label to record female rappers, you guessed it, his daughters Paulette and Tanya, who recorded "Rhymin' and Rappin'" in 1979 and "Vicious Rap" in 1980 (by Tanya recording as Sweet Tee). I realize this is old news to some of you, but hey it's new to me. (And I just read Jeff Chang's Can't Stop Won't Stop, how did I miss this?) Back to the hip-hop of the present, this is the first time I've ever listened to Devin the Dude and I'm underwhelmed. Sounds real g-funky and I'd rather just listen to The Chronic for the 600th time. Plenty of nice grooves but it seems like he hardly ever raps. Co-worker wanted to hear The Band so I busted out this old Sony HF90 a former employee made, Big Pink on one side and the self-titled 1969 album by Boz Scaggs on the other! Big Pink sounded as great as ever ("Chest Fever" still #1) and the funky horn-rock soul by Scaggs, recorded at Muscle Shoals with the house band, sounded almost as good. Not quite the memorable tune-power that Big Pink has but a very good pairing by Mr. Taper. Back home put on the Donny Hathaway LP I just bought for 5 bucks in Omaha at the esteemed Antiquarium Record Shop. Loved this album ever since a co-worker played it a few years ago and burned me a CDR. Driving heavy electric piano soul, 10-minute-plus versions of "The Ghetto" and "Voices Inside (Everything Is Everything)", the latter with a GREAT bass solo by Willie Weeks, covers of "What's Going On" and John Lennon's "Jealous Guy"... side one was recorded in Hollywood and side two in New York City but this is bad-ass midwest soul music by a Chicago native.... the Jane CD was also picked up in Omaha in the 99 cent bin at Drastic Plastic (used to be absolutely crucial skater/punk record store, still not bad - it's been open for a good 15 years - it's where I first heard Black Flag when I went in looking for Misfits records because Metallica covered 'em - basically the whole world of underground music was opened up for me by the Garage Days EP - but that's another story - one that I basically just told, oops). I'm not really one to track down Animal Collective side projects but this one caught my eye with its digipak and nice silver & black graphics (I love digipaks) and on first listen, it seems like an excellent album - dreamy ambient music that sounds particularly influenced by minimal techno (and slightly delirious acid house on the third track), with Panda Bear's unmistakable vocal styles floating on top. A dollar well spent (although this 25-minute "extra c.d. track" called "Swan" is kind of an inconsequential drifter - get the LP).
Posted by Larry at 12:11 PM

I would recommend giving Devin's Just Tryin' ta Live and maybe the self-titled a listen. I like those a lot better than that one you were talking about. His newest, Waiting to Inhale, is also very nice.

Rap is mainly a singles game, though. We were really spoiled with a lot of really good rap albums during the 90s.

jane's "berserker" is good, but i totally perfer the "cocounuts" cd. it's got a good dubby echo drum thing going on, you know? a smoking a doobie in the bath tub vibe.

Thanks for the tips - I had a feeling I wasn't finished with Devin - and although I've already got 2 or 300 doobie/bathtub records, I think I will check out Coconuts...