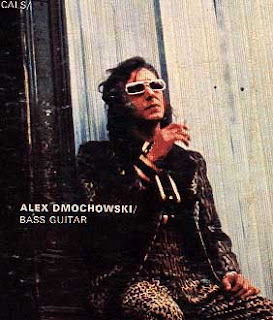 Went to the Art Institute today for the first time in a few years. It's my favorite of many great Chicago museums and I used to take Phil there all the time on free Tuesdays, when he was young enough to still be strapped to me in the rebozo. It was the best, I'd wander through the rooms and zone out to all this amazing shit while he just slept or looked at stuff with me. I wrote about our visits a few years ago in Blastitude (here, scroll down a bit), and somehow today was the first time I've been back since then. Highlights were the statues of Buddhas (still), the statue of Samson wrestling a Lion ("He's not wearing underwear!," said Claire, "It's only his BUTT!!!"), an awesome statue of Shiva Nataraja (aka dancing Shiva), all the classics (gotta love just walking by actual shit like The Old Guitarist, Water Lilies, Van Gogh's Self-Portrait, et cetera), a new-to-me Gerhard Richter called Little Landscape By The Sea, just what the title says and as unassuming, lovely, shrouded, and haunting as Richter's very best, and finally a huge chunky and splattered Jackson Pollock that inspired Phil to say "I can do that!" The kid was pretty bored by the classical stuff and the impressionists, but he did light up a little when we got into the modern wing, especially at the hardcore minimalist stuff like De la nada vida a la nada muerte by Frank Stella, Abstract Painting by Ad Reinhardt, and Red Plank by John McCracken, which made him laugh. Oh yeah, another highlight was going down to the kids area before we left - they had one of those magnet poem sets going on, and Angelina wrote an awesome one-liner: "Talk like the flower whispers." (She added the "S" from a nearby alphabet set.) 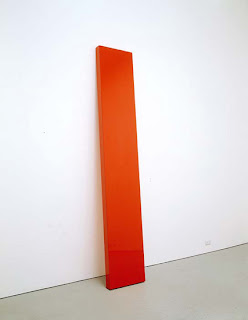 First time I've ever heard the notorious post-breakdown Peter Green solo album from 1970, and damn, I'm digging it. Definitely ahead of its time - it starts out sounding a lot like early Ash Ra Tempel, a year before their debut came out, and then it even presages the deep-space monster-funk of Agharta-style Miles Davis, which didn't start happening until 1972 or so, when the rock-heavy Al Foster replaced the more bebop-discursive Jack DeJohnette on drums in Davis's band. (BTW, speaking of monster-funk, Tiki Fulwood was in there for a minute, right in between Foster and DeJohnette! Um, recordings?) So who's Green's rhythm section on End of the Game? Surely someone famous? Well, nope. The monstrous bass guitar is by none other than Alex Dmochowski (apparently he was in Zappa's Grand Wazoo and Waka/Jawaka band) and the killer drummer is one Godfrey MacLean (Brian Auger's Oblivion Express, sessions with Lou Reed). The three of them alone would've made a pretty stunning album, but there is also fine background accompaniment, a less lurid take on Corea/Jarrett (even if it beat Miles to THAT GROOVE, this album is definitely inspired, probably directly, by what Miles was already doing in 1970) by Nick Buck on organ (he was in Hot Tuna) and Zoot Money himself on piano, who is by far the most famous person in the band other than Peter Green, and I don't even know who he is! (His playing is very good.) Now I'm thinking about that alternate reality where Peter Green kept it together and stayed in Fleetwood Mac and replaced Jeremy Spencer and Danny Kirwan with Pete Cosey and Reggie Lucas... I'm pretty sure Fleetwood and probably even Mac are into it, and you should hear the way Christine Perfect sounds over that groove..... 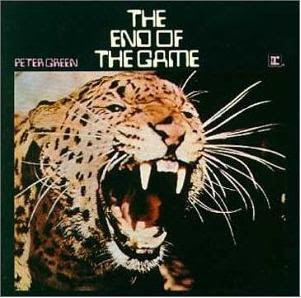 Sides C & D of the new Monster Island were right up my alley from the very first listen (first post of this blog!), but sides A & B finally clicked with me tonight. It really helped to read about all the allusions and references that are in these songs, not to mention the sources and locations of all the jarring collage elements, and that a bunch of the lyrics are in Chinese and French, because the album layout, though it looks rad, is not too easy to get song titles and information out of. But what helped the most is just that I turned it up extra-loud tonight, and learned that a lot of these songs rock in a strange exotic gypsy way that is not unlike much else except vintage Areski & Brigitte Fontaine (the French text and fetching lady vocalists help). There is also a Tom Rapp/Pearls Before Swine cover sung by Cary Loren and Aliccia Berg in duet and it is just a treat, with dare I say a bouncy Can "One More Night" feel from the band. The songs that don't rock as much all seem to be deep incantational goddess-on-mountaintop ballads, sung in Chinese at that. In some ways this surpasses Dream Tiger - the songs may have been nicer and catchier on that album, but the ambition here goes way beyond. (And meanwhile, Sides C & D, the "Creation"/"Story of Mu" suite, are as epicly zoned-out as ever.) (And the cover art, as pictured in yesterday's post, is by Gary Panter.)
Posted by Larry at 5:36 PM