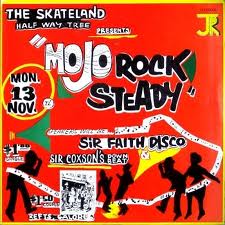 Mojo Rock Steady is a superb rough-and-tough rocksteady compilation album. It was put together by Clement "Coxsone" Dodd of Studio One, who they say was surpassed as a producer by Duke Reid of Treasure Isle during the rocksteady years, but this just sounds tougher and more together than even Duke's Treasure Chest to me. Sure, Duke's stuff is a little more elegant and romantic, but that's precisely why I prefer Coxsone's streetwise sound. Just take the Sound Dimension jam called "Psychedelic Rock," which was renamed "Rockfort Rock" because a sound system in the Rockfort neighborhood adopted it as their theme song; the LP even features a tag added to the front of the tune in which an anonymous DJ introduces the tune as "Rockfort Rock," big-upping the neighborhood. This album also includes a few sublime jazzy rocksteady instrumentals such as sax master Roland Alphonso's "Take Me" -- Coxsone always was known as a jazz head, and an awesome jazz presence is where ska and rocksteady trump the American R&B they were otherwise so obviously influenced by.

Back in 2007 (has it really been that long?) I attended a live show by Circle and it was great, but today I wasn't feeling that Prospekt album at all really. It's from 2000, and the description I read made it sound like it was one of their best. On the other hand, their 2007 album Tower Featuring Verde is SO GOOD (and nothing like the live show I saw).

Finally catching up with the latest Moritz Von Oswald Trio double LP release, Horizontal Structures, released earlier this year. Side one "Structure 1" has got some kind of faraway ghost-of-Eddie-Hazel ticklish lead guitar going on, which is unexpected and nice, and I now see that it was played by Dominican old head Paul St. Hilaire, who has been collaborating with the Basic Channel crew for some time now. Throughout the album his guitar blends with the sci-fi rain-forest atmosphere of deep dubby percussion and surreal electronics to create another great release by the Trio. The rhythms seem even more overlapping and multilayered than they were on the Vertical Ascent debut, and there are sections on the download-only "Structure 5" that get so spaced-out they basically sound like Harry Bertoia. 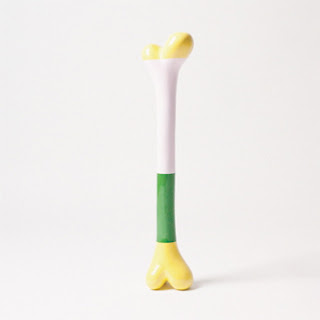 Funny how just last post I'm going on about how I never listen to new music, and never talk about it on this blog, and then tonight, without planning to whatsoever, I spin something like 7 brand new and recent albums in a row. It was triggered by listening to WNUR on the way home from work. In addition to a great song (that I have now determined to be "The Light") from the self-titled Hush Arbors album that was released about 3-4 years ago on Ecstatic Peace (2008 to be exact), and which I once had a generic promo CD of that I failed to review at the time and unfortunately can no longer find, the DJ played two tracks from the Sun City Girls' swan song Funeral Mariachi. It sounded so good that I had to dust a copy of it off when I got home, the nearest of which was my lovely gatefold CD edition on Abduction, which made me do the unthinkable: turn on my CD player and use it to listen to music. The album sounded as great as it did last year when it came out and I played it constantly, and then, after it whispered to a gentle close, what should emerge from the speakers next but something wholly appropriate, with a similarly sublime recording clarity rendering still more slow, haunted, elegaic-but-smiling new American folk music. It turned out to be the new CD from Village of Spaces, which I put in my CD changer 2-3 months ago when I received it in the mail, but have not gotten to until tonight, because like I said, I very rarely listen to CDs. I believe this band lives in Maine, and they used to be called Uke of Spaces Corners County, and then just Uke of Spaces Corners,  and then Village of Spaces Corners, and now Village of Spaces, and they've always been good, but this Alchemy of Trust album is really a their-masterpiece-to-date kinda thing. And then what should come on next and next in the ole 5-disc changer but two more very new releases, both on the Northern Spy label, the Dan Melchior Und Das Menace full-length called Catbirds and Cardinals, and the self-titled debut by Eleven Twenty-Nine. The Melchior sounded just as good as it did the first time when I tweeted about it, the third song "Forest of Tin" especially standing out this time with its haunting refrain of "Can you hear my feedback, feeding back/from deep within the forest of tin?"

Eleven Twenty-Nine, which is apparently blues lingo for a one-year prison sentence, is in this case the name of the guitar duo of Tom Carter (Charalambides, et al) and Marc Orleans (Sunburned Hand of the Man, et al). These guys have been duking it out in the underground for a good 20 and 10 years respectively, probably more, and there is no doubt that they are superb guitarists. Mr. Carter gets a life-time pass for the always-massive Charalambides (hell, he'd probably get one for The Mike Gunn alone), although in the mid-00s he was roving around the country guitar-slinging, and I personally ran across what seemed like 3 or 4 sort of ad hoc group-improv albums he jammed on in a row, and while I wouldn't call any of them "bad," none of them felt especially essential. In retrospect, I'm glad he was keeping his chops up, because now that he's in a highly focused duo with Orleans, who really seems to be at the top of his own game (stunning work on the new Meg Baird LP, for example), sparks are flying. These extended avant/blues/folk jams sound composed, but I wouldn't be surprised if they weren't either, beyond the album's dedication/inscription to Jack Rose, which seems to fire the whole album up with his huge heartfelt spirit.

And then, when I give the CD player a break and head back to the ole iTunes album shuffle, the brand new stuff just keeps coming with the new four-song Soft Moon EP on Captured Tracks. This is a (one-man?) band based in San Francisco, and I'm not sure what makes his/their music better than all the other retro-coldwave retro-post-punk bands these days, but it really is. Why do I like it 100 times better than Cold Cave, for example? Well, it does have extremely fresh and well-produced hypnotic krautworthy grooves, and a great "mineralized being" vocal presence that communicates sharply written tunes. At no point does he even try to sing like Ian Curtis! Here's a song that also works an Eno/Roxy-style electronics solo and some out-of-nowhere bongo frenzy into the mix:

And wow, iTunes album shuffle knows what's up, jumping from Soft Moon to another band that is 100 times better than [insert closest competitor here], but I already said that last week: Blues Control, and their absolute megalithic masterpiece from 2009, Local Flavor. Still sounds wonderful.