The Nicolas Jaar record is a nice one, which seems to work with some pretty hip contemporary sounds like deep house, dubstep, chillwave, autotune, pitched-down R&B, but actually does the unthinkable and uses them all to make not half-baked genre exercise but MUSIC (in this case just good downtempo haunting-yet-wry new-wavey soul tunes, comparable to another dry'n'wry electronic contemporary, Tin Man). Click here to listen to "Space Is Only Noise If You Can See" (which dare I say has Arthur Russell vibes). 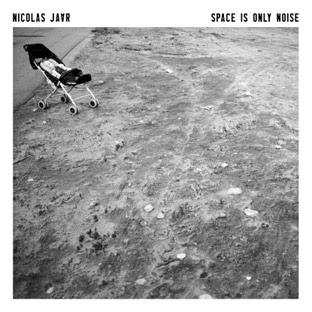 Duke Reid's Treasure Isle label is generally regarded as the premiere label for Jamaican rocksteady, the transitional style between ska and reggae circa 1966-1968, and the Treasure Chest comp is two CDs compiling the greatest hits he produced during that period. Here's one you might recognize, "The Tide is High" by The Paragons. Some other greats include "Come On Little Girl" by The Melodians, the self-explanatory "Rock Steady" by Phyllis Dillon, and the exquisite Curtis Mayfield reimagination "Queen Majesty" by The Techniques.

I've sung "I need a roof / over my head" to myself at least 2,000 times in the last couple days, after listening to the Mighty Diamonds Right Time album a couple times. It's such a great song, although the version I've heard the most is Sugar Minott's, and I feel like I've also heard it as a truncated phrase echoing through seemingly ten different dub tracks over the years, or maybe just one, or maybe zero. I love the Diamonds' version too, especially the wonderful counterpoint from the background vocals. The Right Time album is regarded as a classic, although the sound always takes a couple minutes for me to adjust to... I'm more used to "dread" roots (dubbed-out, foggy recording, songs in minor keys, scary), and this is more "sweet" roots (more clean and dry recording, more major keys, wistful and melancholy). I just made up that dread/sweet distinction, don't go quoting me at Deadly Dragon or anything, and these are still sufferer's songs... when Tabby sings "I Need A Roof" it's because he lives in a tin shack and he really does need a roof. 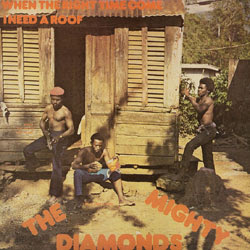 The Bored Youth EP was supposed to be released in 1982 on Touch & Go, the same year as the debut Negative Approach EP, but it didn't get pressed up until someone in Germany booted it in 1990. According to their guitarist Jon Katz, as quoted in Tony Rettman's Why Be Something That You're Not? Detroit Hardcore 1979-1985, "I had just got a new amp and was having trouble getting it to sound right and Rob had a real sore throat, so we just decided to scrap the whole thing." Damn, sounds incredible to me! If this had been released in '82, who knows what history would look like? There might just be some strange butterfly-effect differences. You can listen to it on YouTube:

French band Ame Son was formed by renegade members of a Daevid Allen backing band, and they've recorded spaced-out free-prog on and off since 1967, including Catalyse, a 1970 release on the notorious BYG/Actuel label. The Primitive Expression release gathers some archival material recorded between 1967 and 1976, and was apparently released in some form in 1976, and reissued on CD in 1998 by the almighty Spalax label. I wish I had a copy because I'm listening to the Mutant Sounds version and I'm not sure which tracks are from what time period. It's all worth a listen, and I'd like to give it a closer and more informed one, but I can tell you this, there is a stunner on here called "Je Vieux Juste Dire," which starts as a weird drony number with delicately sung vocals, and then develops into a highly involving 26-minute jam! Here's part one, listen to it while tripping on the Kirby-damaged cover art! (Or click here to listen to the whole 26-minute jam in youtube playlist form.)

And I leave you for today with a bonus embed of one more super-tough tune from the Treasure Chest!