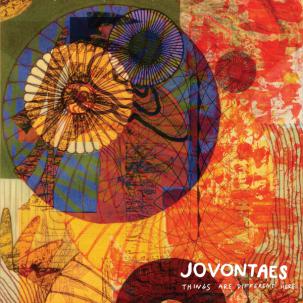 More new music! This time it's two LPs from Hello Sunshine, a vinyl-only sub-label of Woodsist Records. The first is by Jovontaes, a band from Lexington, Kentucky, probably named after this dude. Lexington has been one of my favorite music towns ever since the Hair Police marched outta there in full riot gear over ten years ago (yes, it's really been that long). In fact, Hair Policeman Trevor Tremaine wrote a blurb for this record that says, in part, "[Jovontaes] emerge from (and possibly define) my town's peculiar skate/Kraut/nihil/garage axis," which is certainly enticing to this mind's ear. As for "skate," this record was recorded in a skate shop (with a killer name: Void) that one of the members owns. The "Kraut" descriptor also makes sense, because these are minimalist spaced-out groove instrumentals with a psychedelic edge, although it honestly took me a couple listens to even realize it. I dug the warm and fuzzy skate shop sound right away, but the grooves really didn't even register at first. The second time I was prepared for the elusiveness, and could enjoy that great shivery sound a little more, especially noting the subtle and potent low end (booming floor tom and distant crawling bass guitar). Still, very minimal stuff. Do I wish they made these jams more into songs? I'm not sure, and that in itself is something. Maybe it is in fact the "nihil." I'm also just noticing that the press release calls this "improvised music," which adds another layer of explanation. I listened to it for a third time last night, and it sounded even better. I think I'm about to listen to it again... it does go well with night-time... now playing, track 3 "Falcon", the best one on here... what was I thinking, these guys are totally grooving.....

Also on Hello Sunshine is an album by The Polyps, who is a guy I've never heard of before named Raf Spielman, who does a label I've never heard of named Eggy Records, but I've played his record like 5 times now, even more than I played the Jovontaes record, even beginning to approach the number of times I played the Stare Case record a couple months ago. I don't know what it is, but it's definitely something, and it's not chillwave, even as it layers electronics, drone, dream-sounds, goofball industrial damage, and slow Funkadelic voices until a couple weird shattered and gauze-wrapped pop songs wobble to the surface before sinking again... regardless of how much I like it (I honestly have no idea), he brings more the table than most . . . Ferraro, for example, brings even more but he doesn't bother to have a table to put it on... just dumps it on the floor... no matter what the style, music has to be foundational and architectural, and the reason I've listened to this record a few times is because it is. 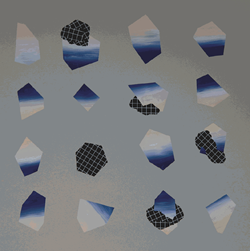 My goodness Yoko's Fly sounds better than ever, not only for its time (1971), but for right now and the foreseeable future. A lot of the intense avant solo female styles that bubbled up from the underground in the 2000s, like the recently discussed Inca Ore, were already right here in full flower, and in my opinion this is Ms. Ono's masterpiece. Her Plastic Ono Band debut had the awesome opening double shot of "Why" and "Why Not," but they were also total John Lennon jam sessions, one fast, one slow, and I can't really remember anything about Side 2... oh yeah, that's when Ornette Coleman shows up! Talk about jam sessions! Fly does not shy away from those same extended Lenono one-chord groove-jams, and in fact even stretches one out to 16 minutes ("Mind Train"), but the 4 LP sides are brilliantly balanced by many uniquely crafted and memorable shorter pieces, such as the Fluxmania of "Toilet Piece/Unknown" and "Telephone Piece," pieces featuring Joe Jones and his invented "automatic instruments," even a few good old 4-minute-or-less songs like the intense "Don't Worry Kyoko" and the stunningly beautiful melancholy of "Mrs. Lennon," which was Yoko's first true solo single (as you can see her and John explain on The Dick Cavett Show before showing a video they made for it, clip below). And then on Side D, specifically balancing Side A's "Mind Train," we get the 22-minute non-verbal free-form solo-voice title track, a more potent statement of nudity than the cover of Two Virgins... if you ask me...

What's up with the iPod constantly pulling up another great Studio One rocksteady comp that I didn't even know was on there? Still liking the Studio One stuff better than the more acclaimed Treasure Isle rocksteady. It has a fuzzier sound, because it was a one-track studio (!) at this point and Coxsone had a certain way of gathering the musicians around the mic. At least I think that's what I read in a book, maybe Bass Culture by Lloyd Bradley or somewhere deep in the vastness of Solid Foundation by David Katz. Here's my choice cut from this comp, "Let Me Love You" (aka "Love is a Message") by a very young Jacob Miller:

More new(ish) music! Also with a Lexington, KY connection! I'm talking about the Caboladies and their 2008 album Psychic Birthmark! Still seem to always like this band better than the Emeralds! Funny how most of the "brand new" music I'm writing about is actually from 2008 or 2009! This Tiger Hatchery self-titled one-sided 12-inch probably is too... ah, it was recorded in 2009, released in 2010... time sure is flying... frying... fading away...


The Krypton Ten double LP is a fantastic compilation of music from the Christchurch, New Zealand underground punk/rock scene, "previously released between 1981-87 on locally distributed cassettes & records." I'm surprised how very little I had ever heard about these bands before this... I guess Dunedin got all the ink. The only band from 1980s Christchurch I could've named off the top of my head is The Pin Group, who aren't even on here, and I've only even heard of a mere five of the bands that are: Scorched Earth Policy, The Axemen, Alec Bathgate, George D. Henderson, and Henderson's long-running band The Puddle. Apparently Bill Direen is on a couple of these tracks, but I only have MP3s and haven't read the apparently informative liner notes (this thing seems to have sold out of distros a couple weeks ago when I wasn't paying attention). Pretty much everyone else on here is completely new to me, like G.O.D. and The Limbo Dancers and Dillinger's Brain and Drowning Is Easy and so many more, and I swear there is not a dull moment over 30 tracks. And hey, Tony Rettman interviewed the Unwucht label founder/proprieter who put together this massive release, read it here. 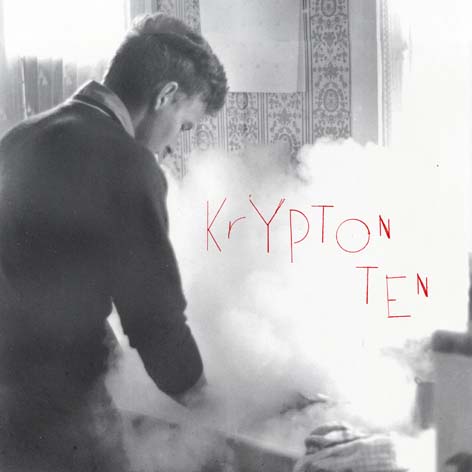