Had to check and see if Cheap Trick's "Tonight It's You" was still as glorious as it was when I was 15 years old. And, despite 80s production (by 70s master Jack Douglas, no less) and dorky video, I'd have to say it pretty much is. Tonight's other heavies: "Guidance Dub" by Tubby, all-time fave "Runnin' Back" by Lizzy, "I Heard Her Call My Name" of course, Burger/Ink "Milk & Honey" (or for a youtube example, "Love Is The Drug [Paris, Texas]"), "Military Cut (Scratch Mix)" by Grand Wizard Theodore & Kevie Kev Rockwell (sounds insane loud on headphones), and Sly Stone's "Thank You For Talkin' To Me Africa," one of my all-time favorite jams... saw a guy online call it "ghastly funk," which is perfect. It's almost 9 minutes long, and I think I could handle 9 hours. There's A Riot Goin' On continues to amaze in new ways, and I've been listening to this album for 20 years now. Now that I'm aware of Bobby Womack's uncredited contributions to this album, I feel like I'm hearing him all over the grooves... the loose and spindly funk rhythm/lead guitar lines that percolate throughout this tune have gotta be him (this sweet little column on "Tele funk" agrees)... that's probably him on background vocals too...

(Man, do read that Tele funk thing, it's nice. Off the foundation of Steve Cropper came Catfish Collins, Leo Nocenticelli, Freddie Stone and Bobby Womack, on up to pre-Purple Rain Prince and King Sunny Ade! And, doesn't it seem like the Tele funk window has really come and gone? I mean, who's gonna pick up a Telecaster and play Tele funk today? I don't know, maybe there was a Tele on the last Erykah Badu album or something, but I doubt it.) 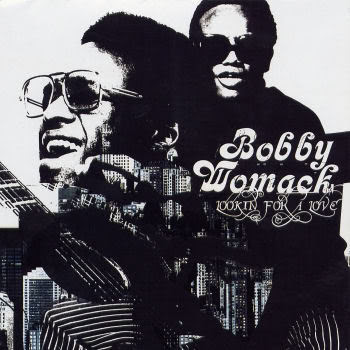 (And in case people are forgetting, Bobby Womack had an awesome look, really one of the great rock'n'roll glasses-wearers.)

The Deuter Aum album came out in 1972 and looks like this: 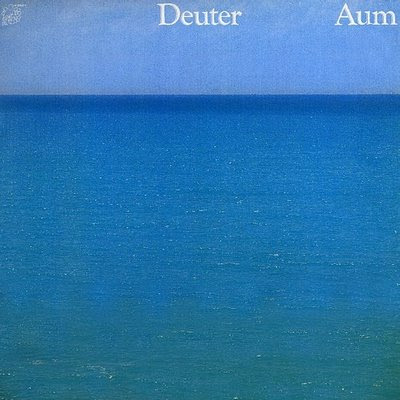 Great cover and a fine 'middle second tier' krautrock album, with some genuinely cold new age synth textures (especially towards the end of Side B) tempered by a nice folk music circle-jam feel that crops up in a few places.

I was underwhelmed on my first two listens to the Diminished Men LP on Abduction but on my third it's really getting somewhere. Sure, this Seattle band plays a sort of avant MOR, soundtracky modern-day surf instrumentalism that would seem polite enough to go down just fine as bumpers to just about any arts & entertainment reporting on your actual local NPR station, but, because their overall presentation is contained and controlled and stays well within the bounds of Randall Dunn's high-quality production aura, it's only now that I'm realizing that they play these themes rather ferociously, and that the stuff in between the themes is actually pretty out there. "Sutures In" is basically a solo synth noise jam and would probably never be an NPR bumper.

I didn't expect too much out of Wooden Shjips subset band Moon Duo, the same way I don't expect much more out of Wooden Shjips than a one-chord rock bassline repeated over and over on top of a backbeat, maybe with some vague rock shouting in the background. That's pretty much what's here, with more or less the same overall dynamics, the debt to Spacemen 3 and Suicide maybe even more explicit. The thing with Wooden Shjips is that even though you don't expect much, they can still be pretty good, and that's true of Moon Duo as well. Now I did say "pretty good," not "great," but as far as a cool-sounding and underwritten record from Sacred Bones goes, I'll always take a spaced-out 7-minute drony jam that barely pretends to be songwriting over some 3-minute drony non-song that actually acts like a song (to the point where people on message boards commend the artist for his or her "songwriting"). I say if you don't write anything too special, try to get good at jamming instead. These guys have gotten pretty good at it.

Partway through a certain sentence, I thought you had coined a new phrase: "this goes down fine as bumpers." I've since read the rest of the sentence ("...for an NPR newscast"), but I think I'm going to still add that to the vocabulary! "This Captain Beyond album is going down just as fine as bumpers!" Thanks! And happy Sunday!