NOTES:
1. Man, I knew "Krung Thep Cut-Up" was a good track, but I haven't listened to it in 3-4 years and it really sounds better than ever. Overseas radio collage by Big Al Bishop, which may sound like a familiar idea to you Sublime Frequencies freaks, but this a pre-SF track by Sun City Girls, with a more sustained and extended chant-driven psychedelic edge than usual (the track is over 9 minutes long)... It's on the Carnival Folklore Resurrection Radio album, a double CD presentation of a two-hour radio program that the band assembled at home and then broadcast live and one time only on WFMU, during a stop on their 2002 'comeback tour.'

2. Ah, Roxy Music, "Beauty Queen," from the For Your Pleasure album. I listened to this album a good 200 times when I really discovered it in the year 2002, but this is the first time in a few years and I'm telling you, tears of bittersweet joy are about to start streaming down my face right now. "What you and I share.... is an ideal of beauty...." Speaking of which, I never really knew if I liked Simon Reynolds as a music writer or not, but I've been enjoying this blog of his old magazine pieces, and his writeup on Roxy Music is great, including a cool Phil Manzanera interview. For Your Pleasure is Reynolds's favorite album too...

3, 4. Finally starting to listen to these excellent and massive synth-based coldwave/noise comps on Wierd Records. Makes me think of xex, from the early 1980s, and their great archival release on The Smack Shire label from a few years ago. Don't forget the Smack Shire! Great label... short-lived, but the six releases they managed to get out are all excellent.

6. Reparata & the Delrons - the band name sounds like science fiction, and this tune is my latest discovery on the Rhino/WEA Girl Group Sounds box set. Incredible post-Spector atmosphere.

7. I don't exactly consider Pitchforkmedia.com a go-to source for information on Black Metal, but I gotta admit that Brandon Stosuy does a pretty voluminous job with his Show No Mercy column. Maybe too voluminous - there's tons of stuff on there I have no interest in at all - but there are plenty of fine nuggets, like the Wolves in the Throne Room interview where the guy talked about how he was building his own barn and how of course he wasn't rejecting technology to do it, simply using technology on a sane and practical human scale. I also liked the interview with that Canadian weirdo band Wold. Also, remember when music journalism made you wanna check out new bands? Well, the Show No Mercy interview with Gates of Slumber got me to check them out, and their latest album Conqueror is some fine epic meat-and-potatoes metal. I was rooting for 'em right away because they were from Indianapolis, which seems like an underrated place for a good metal band to come from... also, they acknowledge the "soul and power" of Saint Vitus, dig "Tony Martin era" Black Sabbath, and, the clincher, are obsessed with Robert E. Howard, the creator of Conan. In the interview, the vocalist/guitarist waxes quite eloquently on the man and his philosophy, check it out.

8,9. The Gorgoroth tune is some decent galloping screamo black metal, but broadcast here mainly for the superb power-drone outro, it's over 3 minutes long. Nice lead-in to an excellent noise track by Rods of God, from their split tape on Bone Tooth Horn with Skeleton Warrior (more on them soon). If I have my facts right, Rods of God are 2/3rds of 'noise supergroup' and Landed wannabes Dynasty (more on them soon too).

10. Wow, in a career of various odd moves this recent self-released CDR by Richard Youngs has almost got to be the strangest. It's basically an accordion record - the whole thing is like a tipsy street corner busker jamming on a wheezy squeezebox. His rhythm is a little off and every now and then he sings inscrutably, but the music has it's own angelic pulse and when you start feeling it this album becomes pretty magical. 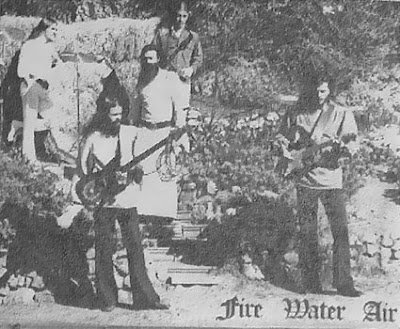 More on this Yahowa 13 offshoot later...