RIP Adam Nodelman. Tonight I'm playing the Seven Reasons For Tears album by Borbetomagus. His bass playing with that band was mind-blowing. I didn't even know he was playing with Sunburned Hand of the Man these days. Go to their myspace for more details.

Right now I'm listening to Shooting at the Moon by Kevin Ayers and the Whole World for the first time. I love the overall skiffly grey-sky beach-bum teacup prog sound, with awesome notey bass lines (by Ayers, I think) and guitar solos (by the teenage Mike Oldfield, I think) and sax playing (by the great Lol Coxhill), but the track that really makes it for me is the 8-minute scrape-improv "Pisser Dans Un Violon," right in the middle. I love it so much when a band that plays songs and stuff is willing to just bring things to a dead halt and scrape away obtusely in the rustling silence for much longer than they're supposed to. And then go right back into another lovely song, of course. 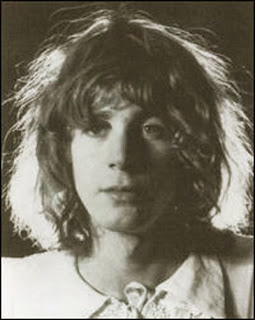 Warmer Milks do that too, and in fact earlier today I was listening to this over-the-top double-C90 they just released on the Portland label Every Label Ever. It's called Massive Dreadlock and it's like some sort of huge odds-and-sods career retrospective. There's boombox-quality live material from back on the Radish on Light tour, new wave instrumentals, loner guitar, more full band stuff, cracked country ballads (there's a great one on Side C called "Like A Bird" that sounds like Souled American!), and gluing it all together, much like the entire volumious WM discography, are tons of deep-in-the-zone outer-sound dream-experiments that seem to have no fixed instrumentation or physical location whatsoever. Overall Massive Dreadlock is like a long novel, you have to stop and put a bookmark in several times throughout... during Side A you're not sure if you're into it, during Side B it starts to pick up and make more sense, and with C and D you're hooked and every move the author(s) make(s) seems like the right one. 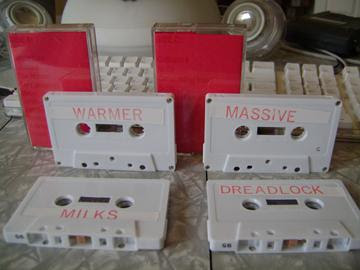