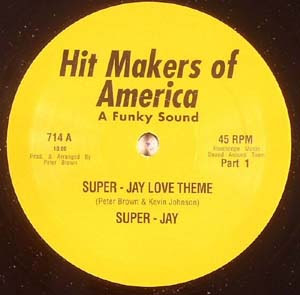 Got some long cuts this time. But first, show starts with some hip hop, the 1980 12" single by Super Jay with its spacey loose vibe. The BDP track is one of the many hip-hop singles that turned my head around when it was in rotation on Yo! MTV Raps. KRS-One is a fine storyteller and a great battle rapper ("I don't play around, nor do I F around/And you can tell by the bodies that get left around")... I don't know if his "teacher/edutainer" persona has aged as well but he really did make me think about some heavy stuff back when I was 17 years old... like vegetarianism! The Black Moon track has an incredible vibe, production by Evil Dee. And next, "THERE IT IS, OH MY GOD," it's Mark Morrison with "Return of the Mack." I was on tour with a band when this song was big, and we kept hearing it places, like at restaurants or whatever, and it was so good that whenever we had a long drive (in other words, every day), we started tuning in pop and/or R&B radio stations until it came on. And, even if it would take a couple hours, it always did. Then, at the very end of our tour we played a show in Iowa City with The Regrets (post-Vitreous Humour) and they had the song playing over the PA while they walked onstage! Next, continuing to ease us out of strict hip-hop and R&B, here's some dubstep from Shackleton. I've heard a decent amount of dubstep by now but I still don't really know exactly what makes the genre what it is. I mean, I can hear a dubstep-type bassline in my head, sure, but this killer "Death Is Not Final" tune doesn't sound like that mold at all to me, more like Afrobeat drone or something. And now for something completely different, but somehow not a bad segue from Shackleton, comes a 20-minute psych freakout by Frolk Haven. You might recognize this as the weird prog band in which the teenage Stewart Copeland played drums, just a few years before he went on to fame and fortune with The Police. They self-released an LP in 1972 with the classic title At The Apex Of High, and I guess I hadn't realized until now just how messed up their music was. In fact, I'm pleasantly surprised. This "Oracle of Delphi" epic is crazy, filled with spaced-out bashing and weird mutant-termite gnashing. Seriously, what drugs were this kids on? It almost has to be 'none' to be this weird. And whoah, Sand is another legendary (NWW list) band from Germany that I've never heard until now. Can't believe this LP is from 1971. It has a futuristic vibe, with tranced technoid rhythms, but yet the instrumentation is mostly trad folk/rock. One of the strangest sans-drums rhythmic bands I've heard. Can't explain it right now, but this 11-minute hypnotic-but-edgy song "Old Loggerhead" is a perfect example. Maybe like Amon Duul's Paradieswarts Duul (chill acoustic instrumentation) but with a nervous uptempo rhythm instead of a downtempo sprawl. Hell, as long as we're playing long cuts, let's listen to that Amon Duul album. I always think "Love Is Peace" is going to be the 'obvious' track on here, but there's nothing obvious about this 20-minute monster. It's very hippy dippy ("love is peace, freedom is harmony"), but it also has some surprisingly angular rhythms and progressions, and some of the craziest changes in structure... for years I didn't know how they got from Part A to Part B to Part C, and in fact I still don't know, and I just played it on the radio. Annnnd one more long cut, the gorgeous mist-dreamer by Emeralds called "Mistakes." Allegory of Allergies is no doubt the initial masterpiece from these guys, and I wonder if they'll actually top it... Solar Bridge is thought by many to be as good or better but it just isn't happening for me. So far Allegory has been released on double cassette only (C60's) by the Gods of Tundra label, probably in a very small and indeterminate edition. There is supposed to be a double vinyl version coming out on the Weird Forest label, but it's been delayed for awhile and they'll probably have to remove a pretty big chunk of music for it anyway.... triple LP, anyone? Alright, change of pace time from epic post-kraut dream music and into lost-highway-running-past-abandoned-shopping-center-in-a-Midwestern-town-of-18,000-people-with-Marley-on-the-car-stereo music by Souled American. Two amazing tracks from their debut album Fe, but I already talked about them just last post. And nothing like a spacey Kurt Vile ballad from Constant Hitmaker to bring things home.... 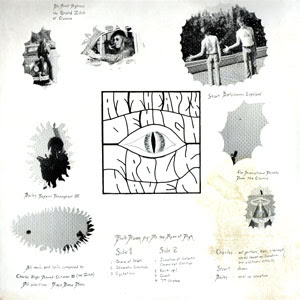