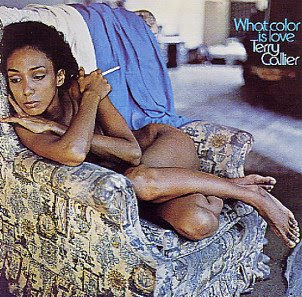 I had no idea who Terry Callier was at all until Plastic Crimewave tipped me off about a year ago with his Secret History of Chicago Music strip that runs in The Reader every week. Hmm, progressive Chicago soul from the early 1970s with a nude woman on the cover? How did I miss this so completely? Finally heard the album itself today and hell yes, it's even better than I expected. I actually don't think I can describe it yet. Callier has a strong booming voice, but neither he nor the songs overbear, even though they are huge with strings and flourishes, similar to (and better than) an album like Donnie Hathaway's Extension of a Man (which also came out in 1973), because at heart these are basically folk songs and they are good songs at that. Comparisons to Love aren't out of line, with lots of acoustic guitar in the songs, though this comes from a more Midwestern/Rust Belt place. Thick with ideas and emotions, not a mellow album (although the second-to-last song "You Don't Care" is lovely, near-instrumental except for angelic lady vocals singing the title). Highly recommended, a lot to take in, more later. 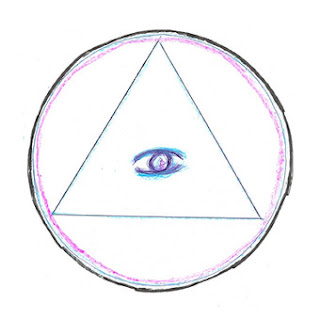 Alright, I'm gonna declare the Elektronavn CD to be the real deal. These are two side-long psych jams with an approach that, unlike the good but not as startling Family Underground CD on the same label, has nothing to do with 1990s/2000s drone. Elektronavn, the work of one man named Magnus Olsen Majmon, takes the idea of drone and plays it with a minimal/ritual/tribal/funk/harsh zoned-out seriousness that harks back to the dark proto-industrial side of the 1970s & the 1980s. Via overdubs he layers an ancient Japanese vibe, scary Ligeti vocals, wild Varese percussion, rubbery bass that actually makes me think of Bootsy.... this thing is otherworldly and a little harsh, actually the first record I've ever heard that I could compare to Karuna Khyal Alomoni 1985 in any specific way. I had to pull out Sleep Dopesmoker for the first time in awhile after reading the lyrics on Julian Cope's site and having a "No WAY he really says all this shit" moment, but yeah, he really does, even "Desert legion smoke covenant is complete/Herb bails retied on to backs of beasts." As Cope points out, this song is intentionally funny, but it's also very serious as the perfectly played and developed 63-minute length attests. An amazing achievement. Holy shit, LOST... top 5 episodes ever, right? Some of the best time-travel shit I've ever seen, and Jeremy Davies as Daniel Faraday has gone from annoying me to being totally awesome, I loved him in this episode. Clearly LOST has a big debt to Alan Moore, and I'm starting to think that because actual Alan Moore adaptations don't usually turn out very good, the whole purpose of LOST is to essentially adapt Alan Moore - his ideas, his story structures, his characterizations, etc - without having to do justice to an actual unfilmable and fan-beloved Alan Moore story. So far Season 4 is where it's really starting to click, it's been great...
Posted by Larry at 8:59 PM