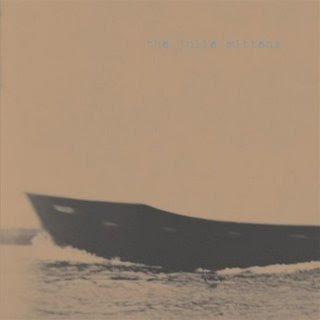 The Julie Mittens s/t CD
Various Artists The Doo Wop Box
Neil Young Trans
Can Future Days & Past Nights
The Muppet Show Season 2 DVD
Julie Mittens are a group from the Netherlands with a new CD on Holy Mountain and they are heavy as hell. Four long tracks of scalding slow-burn low-end scorched-earth all-instrumental possibly-entirely-improvised power-rock. They're very good at it. First time I've ever listened to Neil Young Trans! Of course I knew "Transformer Man" and the other songs that were on Lucky Thirteens and I love the vocoder stuff, but I gotta say that my fave cut on here is the 9-minute closer, the retardo trance-out "Like an Inca," which has no vocoder elements at all and harkens back to Crazy Horse styles while still displaying plenty of his nerdy 80's vibes. You might have noticed the recent Christmas-present windfall of Can bootlegs via the Mutant Sounds blog - I downloaded at least 5 or 6 and have listened to Future Days & Past Nights so far and it seems pretty excellent. From 1975, starts with an epic 20-minute-plus version of "Chain Reaction." The Muppet Show, my god, I don't know where to begin... so amazing... this season is great, with guest stars like Steve Martin, Madeline Kahn, Bernadette Peters, Rich Little, the godlike George Burns... Milton Berle getting his ass handed to him by Statler & Waldorf is as harsh as a Neil Hamburger moment.... and the scientist's rendition of "Time in a Bottle" is almost unwatchably heavy, see for yourself:

Shit, there used to be this incredible video of Neil Young doing "sample and hold" in Brussells or something that was totally surreal. Nils Lofgren was doing some gnarly moves, Neil was wearing a skinny tie and Oakley Blades & there was a weird catwalk going out into the audience. Anyway, it looks like it's gone now. My version of Trans is notable for listing a song on the back cover that isn't on the album with a sticker that explains as much. It also came with the original owner's song-by-song nerdy notes like "What is CCTV? What is syscrusher? Nice, normal Neil beat. Computer vocals."