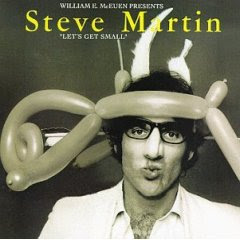 Def-In-Italy remains one of the more elusive Sun City Girls releases. Part of the band's 1987 flurry of Cloaven Cassettes, it was a document of their summer 1984 cross-country tour with fellow Phoenix, AZ hardcore band Jodie Foster's Army. One side features their first show of the tour in its entirety, while the second side features 9 different songs from 9 other stops. I have always wanted to hear this thing, for its confused/angered punk-audience verite as much as the music, and so far I have not been able to, which is no small thing -- out of roughly 85 SCG releases I have heard at least 70. (Don't worry, I already have my medal. It lives inside my heart, I just know it.) Sure, I have heard the Def in Italy reissue, from back in 2004 on Eclipse Records as part of their double-LP series of two Cloaven Cassette at a time (so far they have done, and may be stalled at, four out of a projected ten), but of course, those are not true reissues, editing what is usually a C60 tape onto just two sides of vinyl so that a lot of material must be omitted (even as other previously unreleased material is added). Anyway some share-blog posted what I assumed was the original version, so I downloaded and unzipped it immediately, only to find that it was in fact a rip of the vinyl reissue.... the crowd-baiting insanity of that Albuquerque show remains unheard by me.... I can only listen to Side B of the Live...For Chilly bootleg 7-inch and wonder.... it is good to hear Gocher's (vinyl edition only) version of "Dark Star" again...it's surprising how much this solo (?) acoustic (?) take gets into the same cavernous distances and space loneliness that the electric Dead's did circa 1968, not to mention the same casual and off-center sweet-and-sour 'jazz' harmonies....
Posted by Larry at 12:02 PM

What about the Steve Martin LP?!?!

It's my favorite comedy album of all time and deserves an essay much longer than I have time to write! Just read his Born Standing Up memoir and that was the reason I pulled it out. SO GOOD.

(The album that is, not the memoir - the memoir was definitely a good read but MAN this album - 10 times funnier than Wild and Crazy Guy, which is also pretty essential...)

Total agreement with you on all counts (except for the book, which I haven't read yet...currently embroiled in the "Golden Compass" trilogy thingie). "Let's Get Small" is the truly great Steve Martin album, the only one where you get to hear him in his element, in front of a small audience...personal, direct. "Wild and Crazy Guy," esp. side 2, hasn't aged well for me mostly because he really has to dial it up to reach the cheap seats. No such histrionics are there in this small-club situation. Just the best high-octane surreal comedy around. Runs RINGS around the supposedly "edgy" style Robin Williams had at the same time. Right on!

Yeah! Very good point about the difference in audience size. That bothered him quite a bit as you'll read in the book - hell, he retired completely in 1981. You can hear a little of what the Sun City Girls (to tie them back into this) call "expectation extermination" going on with Wild & Crazy Guy - he's working much more insincerity and audience disdain into the act, playing it as a joke of course (and it is funny) but it does make the album a surprisingly uncomfortable listen.