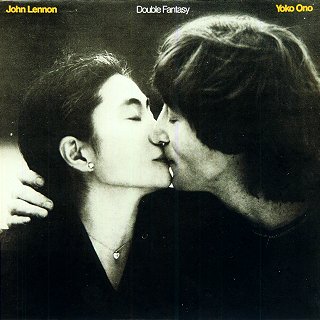 Today my son attended a free Radical Robots class at our local library branch (tax dollars at work!), and while he did that upstairs I was downstairs doing one of my favorite things, pulling random books out of the music section and flipping through 'em... even with the paltry selection at this branch, I could do this for hours. Sometimes I take 'em home, and there's been some great reads.... Grandmaster Flash's autobio... Nowhere to Run by Gerrie Hirshey... Barry Miles's Zappa bio... that Rock Scully memoir about his career "managing" the Grateful Dead... first edition of The Rough Guide to Reggae... Can't Stop Won't Stop by Jeff Chang... most recently, Patti Smith's beautiful Just Kids memoir... but I'm just as likely to pull something like Ronnie Spector's autobio, spend 10 minutes skimming for scary Phil stories, and then put it right back. Today I did that with a John Lennon bio (can't remember title or author), and although I probably could've found one or two scary Phil stories in it too, I ended up reading the chapter about the making of the Double Fantasy album. How in June of 1980, John took little Sean on a vacation to Bermuda, where he was inspired to write what more or less became his entire half of the record, and how one evening while he was there, he was sitting in a cafe (or maybe it was "Bermuda's most famous disco") and overheard "Rock Lobster" by the B-52s, had an epiphany, sent Yoko a telegram that said "They're ready for you," and, when he got back from his working vacation, started looking for a new record deal, not for John Lennon, but for John Lennon and Yoko Ono. If any executive so much as hesitated at this proposition, the power couple would turn around and leave, which they even did to the legendary Ahmet Ertegun of Atlantic Records, even though John really wanted to be on his label. David Geffen did not hesitate, so they signed with him and made Double Fantasy, conceived as a conversation between a married couple, with "I'm Losing You" confirmed by Yoko's "Moving On," and "Beautiful Boy (Darling Boy)" embellished by "Beautiful Boys," and so on. My parents bought this album when I was 10 years old and I really liked it a lot. John's songs were nice and Yoko's really blew my mind. It taught me so much to hear a woman come on so strong and smart, freaky and funny, intensely and non-conventionally, and then to hear John's "Woman" on side two, what a glorious appreciation. And here I am writing this on March 8th, which is International Women's Day, which, thanks to Yoko, my grandmas, my mom, my sister, my wife, my daughter, my cousins, my aunts, my close friends, and a couple billion other women, I celebrate every day, duh. It's like Ivor Cutler and Linda Hirst said, and Jim O'Rourke repeated . . . 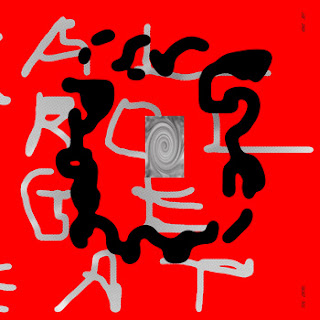 The first time I listened to Australian "underground supergroup" and "2011 critic's favorite" Total Control, they were synth-poppier than I expected. Now I'm listening for the second time, and it seems like there's barely any goddamn synth on this album at all, which proves that they are what all the good bands are: dreamweavers and recalibrators. Maybe it does get synthier on side two, but I no longer need to keep score. I knew this second listen was gonna be a doozy, as I was already liking the album better and better just from thinking about it.

Slug was a band from Los Angeles in the classic 1990s semi-avant-garde noise-rock mold. The lineup included Damion Romero, who has gone on to play superb and distinctive noise music under his own name, and David Scott Stone, who has gone on to play in several notable bands (Wikipedia lists 14), from the Get Hustle to the Melvins to LCD Soundsystem. Slug's production on The Out Sound, their debut full-length from 1994, is a bit dated in that very 1990s noise rock kind of way, but the playing is formidable and there are lots of interesting ideas.

Love that Bulbs album... now there's a dreamweaver/recalibrator for ya... check out the Blastitude feature from a couple years ago . . .
Posted by Larry at 9:49 PM