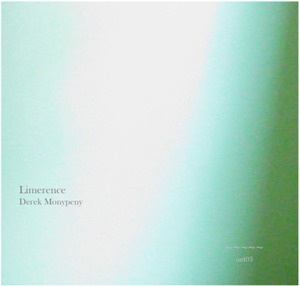 Full disclosure: Derek Monypeny has written for Blastitude, has had a beer with Blastitude, and will likely have a beer with Blastitude again. He's also carving out new heavy psychedelic space with the solo electric guitar and electric oud, and I like to listen to it, so I'm going to go ahead and tell you about it even though he and I know each other in real life. An Arizona native, Derek lived in the San Francisco Bay Area for many years, where he played guitar in a few different band contexts, most notably Oaxacan, a group that also served as Sir Richard Bishop's Freak of Araby Ensemble for a 2009 US tour. Not too long ago Derek moved way up the coast to Portland, where he has been doing solo performances on the aforementioned stringed instruments. This tape release documents some of these from the summer of 2011, in which Derek, using tastefully deployed effects and small and patient gestures, digs deep into those thin places where all kinds of inner space visions can flourish. You could talk about the complex social organization and communication among undiscovered species of highly intelligent insects deep under the sands of Mars . . . or any pulsing pattern of pure electricity hurtling somewhere through deep space . . .  or shortwave radio broadcasts of the latest tunes by mutant Touareg troubadours roaming the dark side of the moon . . . etcetera. I also can't help but think of a few lines that have always stayed with me from an essay on solo improvisation, written by Jeff Fuccillo way back in September of 1995, in the third issue of his Woolly Bugger zine: "...every sound made by the solo acoustic improviser plays into empty silent space and thus 'adds to the empty space of silence' that is the only (non)accompaniment given to the solo acoustic improviser's playing." This awareness of and interplay with silence is, paradoxically, the only way for music to truly be heavy (bands can use it too, not just soloists), and it's all over this tape. 100 copies on professionally duplicated chrome tape, buy it from Underwater Experience or Zum (though I think he/they/someone should put this on vinyl as it makes a nice followup to his 2011 debut solo oud LP Don't Bring Me Down, Bruce). P.S. For some upcoming DM show dates, including a couple with Bill Orcutt, click this Facebook link. 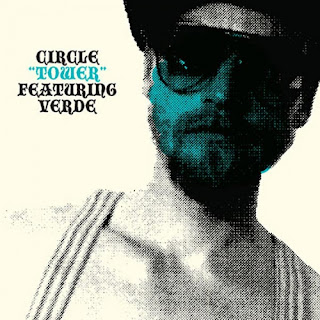 My favorite album by Circle, out of the four or five I've actually heard, has always been Tower, which I don't think the band even intends as a real album. On the very back of this new LP reissue it even says, right at the top, "slightly disappointing jams from 2006"! That's really odd, because this is literally the only Circle album I've heard that I haven't found slightly disappointing. Still, I can maybe understand where they're coming from, as Tower isn't even technically by Circle, it's by Circle Featuring Verde, and seems to have been recorded quickly, in a couple days or maybe even a few hours, the band using a single live setup, no apparent overdubs, possibly all improvised/jammed, so maybe they consider it rather throwaway or at least one-off. Me, on the other hand? I'm hearing multiple electric pianos (a favorite instrument of mine) playing mellifluous zoned out deep groove cloud paddle, pushed by genius swinging percussion, a hybrid of jazz, rock, electronic folk, and psychedelic trance, all combining to make one of the most beautiful meditation + motion albums I've heard in any genre from the last 12 years at least. It was originally CD only, released by CD-only label Last Visible Dog, way back in 2007, when CDs still mattered a little bit, but it always seemed like a great candidate for vinyl, partly because at 44 minutes it can actually reasonably fit on a single LP, but mainly because there's something about a bunch of gentle electric piano brain massage that just whispers "analog," of course. (Oddly enough, I see the CD is going for more than the LP on Discogs... that may change with this reissue, though CDs might stay valid if online file sharing keeps getting decimated, and rumored ISP threats are made good on....) 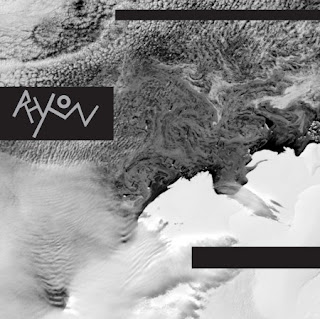 Just refreshingly experienced that increasingly rare cultural chain reaction where you read something about a band, become interested in their music, and then go out and buy their new record. Namely, I read an interview with Dave Shuford last week, then went out and bought the self-titled debut LP by his band Rhyton. He's been in several bands from at least the late 1990s to the present, most notably the No-Neck Blues Band and D. Charles Speer & the Helix, and when the interview revealed him to be in a new instrumental space-jamming electric-guitar power trio, maybe even something like Guru Guru, I had to check it out. The blurb by Reckless compared them to Earthless, which in particular inspired me to listen, because I like the idea of Earthless (they too are a heavy instrumental space-jamming electric-guitar power trio), but I've never quite liked their execution of the idea, whereas Shuford is a musician I've enjoyed and trusted for years. Sure enough, I feel like the interplay of Rhyton is more musical and more spacious, with a crucially lighter touch. Shuford is just a little more sly and coy than the more wall-of-sound guitarist in Earthless, and I prefer that for this kind of music, because it creates space inside the heaviness, room to move around, sit down, be patient, ask questions. Let the drums and bass roll the heavy foundation while the guitar glides gently above like one of those stork-riders in a Moebius painting. As long as we're comparing, I also find the drummer Spencer Herbst to be more musical than Earthless drummer Mario Rubalcaba, even though I doubt anyone would say he is as "good" as Rubalcaba. I know Rubalcada is a modern drum titan, and I completely see why, but I think his style falls into that fairly common trap where its awesomeness is more of a physical feat than a musical one. It's easy to marvel at what he's doing and the heaviness of his tone, but it doesn't particularly swing or shade the band... although that could be the fault of the guitarist and bassist's one-chord space dirge. Either way, I don't want to use any more of this review to talk about Earthless, because Rhyton made an excellent debut LP, with the 12-minute cut "Pontian Graves" a real standout. I also think you can tell they're fairly new at playing together, and that they've got a better album in 'em still. (Maybe with better cover art too! No, it's okay, it's a nice cover, it's been growing on me... I should probably stop leaving it out overnight! Thanks, I'll be here all year! And so will whatever that is growing on the cover of the Rhyton LP! HEYOOOO!)

Man, the incoming 7-inch pile got out of control this past year. I apologize to everyone who sent one in that hasn't been, and probably never will be, reviewed. In fact, I have a terrible confession to make: just a couple weeks ago I looked at said out-of-control pile, tried to get excited about listening to one, and decided to just grab 10 or 15 of 'em and try to sell 'em to the local new and used record emporium instead. Well, they rejected every single single, as it were, even though all were in mint and unplayed condition, so now they're back by the stereo, cluttering up the house. I mean, no one has ever heard of any of these people, and I just don't think I have the energy to help their cause. I could put 'em out on the sidewalk on an old sheet with a "free" sign on top . . . or I could man up, and do what someone somewhere once trusted in me to do: listen, and maybe even write. Sigh. (Wipes single small tear from eye.) So far, I've made it through two or three, and one of them actually hit a real soft spot and it's gonna be a keeper. I wasn't expecting much from the bland cover art and helvetica typeface announcing something called Femminielli/Chauffer on one side and Araignee/Silvia on the other. Maybe glitch/improv/lowercase/experimental? Maybe shoegaze nostalgia? Is that supposed to be a guitar neck on the cover? Finally putting needle to record, I was taken aback by some sort of deeply wrought 80s-retro European progressive synth-pomp balladry. Eventually I realized that the rather-difficult-to-remember-let-alone-spell Femminielli and Araignee are the names of the artists, and this is a split single where each one plays a song. They sound pretty similar though... maybe they're a production team, like Ford and Lopatin! The Drive OST must have rewired my brain because these lush and melancholy tunes are sounding shockingly good to me right now. Certainly better than the generic megaphone-punk and obtuse glitch-improv sides that look to be cluttering up the rest of the pile.... I keep trippin' over 'em.... ouch.... 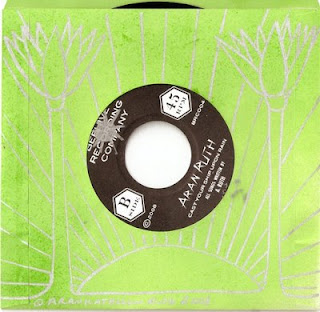 Hey, another bit of music press just got me to pursue that dwindling but hopefully undying transaction where you spend money on a physical copy of a record release. This time, it was a moment in issue #11 of Negative Guest List (i.e. the greatest rock magazine since Forced Exposure), part of a rave review of the debut 7-inch by Detroit psychedelic singer/songwriter Aran Ruth, in which Brendon NGL wrote: "...three tunes which ache with hurt and stoned wonder, and a witch-like power to make even a Handsome Dick fan weep...meet Aran Ruth, and suffer beneath the iron breast of focused, female beauty." Shit, I bought one on Discogs the very next day, and even if two of the three songs have me thinking "good songs, but are they as good as 'If It's Alive, It Will' by Angel Olson?," the other one, called "Flying On Some Silver Wings," the de facto EP title track, might be the closest any other psych-folker has gotten to Comus's "The Herald," which is still nowhere near, but glorious anyway. I hope Ms. Ruth releases a full-length because I would buy it, and I hope this song and this song are on it.
Posted by Larry at 7:34 PM

what, Bananafish was chopped liver?

Bananafish was the greatest. But it was not a rock magazine!