We've all known a few older heads who've lent us some awesome LPs, right? This is how I got to have originals of, say, Skip Spence Oar and No New York sitting around my turntable for a few months, and also a copy of what is still my favorite contemporary African music LP comp of all time (yes, even in this day and age of reissued plenty), Assalam Aleikoum Africa Volume 2, released in 1976 on the Antilles label. Still haven't heard Volume 1, but this one is filled with heavy beauty and I immediately made a cassette dub of it from said older dude's copy 15 years ago. It's been close to me ever since, and in fact I just dusted it off this morning for at-work listening. (In case you're wondering: TDK SA100 with Thinking Fellers Tangle on the other side, actually a very good pairing!) The most absolutely you've-gotta-listen-to-it-right-now blistering track is the second one on the album, "Yeye Mousso" by Moussa Doumbia, which was re-comped here and here during the aforementioned 00's reissue windfall, but I think my favorite is this piece of grungy wailing fuzz-guitar soul, "Ahissa" by Kouyate Sory. And, if you look closely enough at that YouTube you'll find a generous link to a blog with more about these LPs and, yes, downloadability. 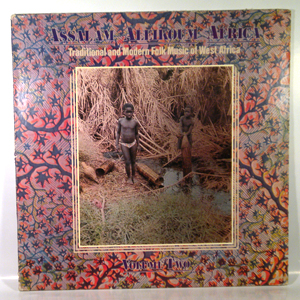 Two new albums from Loren Connors, one under his own name and one with his 'blues' band Haunted House. Other than one long-ago listen to his early acoustic guitar albums, I think I have loved every single note I've heard this guy play, mostly (if not all) on electric guitar, and that's quite a few (even for a "slowhand" like himself), going back almost 20 years. Some musical careers are like fire, and burn out quickly, but others are like rivers, steady, always flowing, always the same, always different. The Connors streak continues with these two brand new ones... while he is capable of very light and lyrical playing (the 2000 album Portrait of a Soul comes to mind), he also goes into territory that is quite the opposite, not only darker and more abstract, but something I would call downright abyssal. Parts of the 1998 album The Bridge come to mind, and a great album like Moonyean (1994, RoadCone) explores both the light and dark deeply and in various balances. Red Mars, recorded in 2010 with accompaniment by Margardia Garcia on electric double bass, now available on CD and download from the Family Vineyard label, is what I would call an abyssal work, groaning, haunting, distant, somehow both near-ambient and menacingly loud. Abyssal like deep space, and deep space is precisely what this record is about with its Sun Ra-worthy titles like "Showers of Meteors" and "Little Earth." 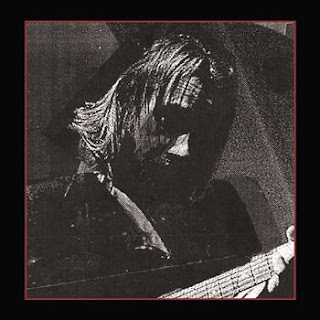 As for Haunted House, they are their own beast, a quartet made up of Connors and Andrew Burnes on guitar, Connor's wife Suzanne Langille on vocals, and, in the place of a traditional rhythm section, Neel Murgai playing a large Persian frame drum called a daf. This group played together for a couple years in the 1990s, releasing an epic CD called Up In Flames (1999, Erstwhile Records), but have been dormant ever since Burnes moved from NYC at the beginning of the 2000s. They rather suddenly reconvened in 2010 when he was back in town for a few days, and then a few months later got together again and quickly recorded their 2nd album, Blue Ghost Blues, now released on CD, LP, MP3, and FLAC by Northern Spy Records. The album sounds like it came together quickly, not because it's undercooked, sloppy, or hasty, but because it's fiery and urgent, pulsing and boiling with barely bottled aggression. Though I think Connors has a very distinctive style, I'm not sure which guitarist is doing what on here. I like to think he's the one playing against type, locking into a rather nasty and sometimes downright doomy chugging low-E pulse, nary letting it go for the whole album, and that Burnes is the one taking the more 'lead' guitar role. This higher-register distorted sound-shaping never seems to break into those trademark Loren Connor's wailing single-note cries... but who knows. The point is, the group is playing together as one voice, and the one doing the chugging lays down a rock-solid platform for the others to extrapolate on. Both guitarists are in excellent form, and Langille raises the ante with her own song-shaping vocal intensity, Murgai thundering in and around the pulse. This is a band that knows how to work together, whether their last gig was 10 years ago or 10 days ago. 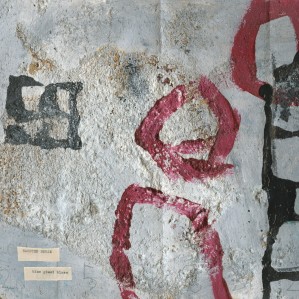