I was listening to the Biosphere album after listening to a lot of Grouper, and one of his tracks in particular, "Times When I Know You'll Be Sad," made me think of her music. Just then I remembered a Q&A with Grouper in which she mentioned Substrata as a good album, or a favorite album, or a recently listened to album, which is why I got hold of it in the first place.

Just noticed another example of the Beastie Boys being way into Jamaican deejay records... "Solomon A Gunday" by Big Youth was sampled in "Funky Boss." Go to whosampled.com for details. 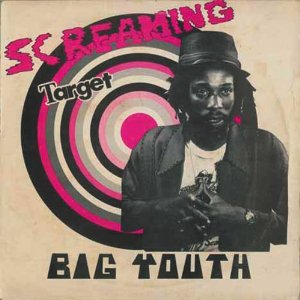 That Amalgamated Label comp hits a total late rocksteady/early reggae sweet spot, a bunch of great tunes and rhythms such as early Lee Perry stuff and other choice cuts like one featuring the very first sound system deejay Count Machuki. All produced by the great Joe Gibbs.

The Sun City Girls/Abduction/Sublime Frequencies axis brings us new CD reissues of two out-of-print LPs by Alvarius B (Blood Operatives of the Barium Sunset, 2005) and Group Inerane (Guitars from Agadez Volume 3, 2010). Alvarius B is Alan Bishop of Sun City Girls, and other than his contribution to the SCG album Funeral Mariachi, this is his most intensive work from a songwriting and production perspective, thematically unified (violent international underground economy intrigue?) and sonically brilliant. The CD reissue reveals all kinds of things I hadn't noticed or remembered from the vinyl. Check out the first two tracks and an awesome Morricone cover arranged for acoustic guitar and multiple AB vocal tracks. And check out the Group Inerane for more of that rolling desert-blues guitar hypnosis. Both discs and so much more available from Forced Exposure. 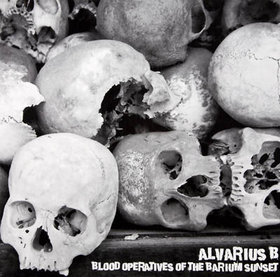