NOTES:
1. I'm not really one for politics, but as I stand by and watch plutocratic pigs both lipstick-wearing and otherwise drag another election into sheer post-American Idol incoherence, it sure feels good to play "Mendacity" by Max Roach. From his Percussion Bitter Sweet album, this is one blistering anti-political tune. Roach's wife-to-be Abbey Lincoln starts the song by stating the theme bluntly: "The campaign trail winds on and on in towns from coast to coast/The winner ain't the one who's straight, but he who lies the most." Then comes the solo by Eric Dolphy on alto sax, and it is supreme artistry, also blunt but still incredibly lyrical, both outside and inside, ranting at the mendacity, mocking its cloying bluster, and at the same time crying in pain at the real lives being thrown away behind all the maddening mendacious diversions. Then the band drops out and Roach plays an unaccompanied drum solo that really sets things straight, a heraldic call for clarity amid this despair and confusion. Extremely serious, disciplined, and clear as a bell, with huge pauses for emphasis, it seems to represent the antidote: straight talk with fists ready. Then the band comes back in with the theme, and Abbey sings one more verse that really ups the ante: "Now voting rights in this fair land we know are not denied/But if I tried in certain states, from tree tops I'd be tied!" For much more on Abbey Lincoln and Max Roach, go to this page. Scroll ALL the way down on that page for some comments and a poem by Amiri Baraka. More Amiri Baraka later in this show.

2. John Fahey's "Ghosts" is from the double 7-inch called The Mill Pond, one of his greatest late-period releases. It's certainly one of the harshest, with four devastating noise/folk tracks, including one terrifying howl called "You Can't Cool Off In The Mill Pond, You Can Only Die" (Side C). That one came up on my iPod shuffle one day at work, and after a couple minutes I walked over to see who was playing the terrifying music. I wasn't surprised to see it was Fahey, but I was impressed. The song title was too long to fit, so I watched it slowly scrolling across the iPod screen, "You Can't Cool Off In The Mill Pond," and here I am, already unsettled by the sound, as the rest of the title comes across: "You Can Only Die." Damn, thanks a lot John. Heavy dude. "Ghosts" is Side A, the quietest and most song-based of the four, not an Ayler cover, but a calm fingerpicked number over which Fahey does some wordless singing. It's eerie as hell but also melodic and surprisingly gentle.

3, 4. "Hit Single" is the cheeky title for the theme Sonny Sharrock came up with for the Cartoon Network TV show Space Ghost Coast to Coast. He recorded it with powerhouse drummer Lance Carter back in 1994, six months before his unexpected death from a heart attack at age 54. (Turns out Carter also passed away young, at age 51, in 2006.) Not sure how Sharrock ended up being asked to do the theme - did Bill Laswell hook it up? Speaking of Laswell, I was never a fan, but I could never quite ignore him either, and my favorite shit he ever did, hands down, is his work with Sharrock. The solo album Guitar is dreamy and gorgeous and the jazz quartet album Ask the Ages is fantastic. Sharrock writes all the tunes, co-produces with Laswell, and plays guitar with the serious lineup of Pharoah Sanders on sax, Charnett Moffett on bass, and Elvin Jones himself on drums. First track "Promises Kept" is 9 minutes long... Sanders takes the first solo and there's a moment about halfway through it, as he is just ramping up the free-blowing steadily higher, when Sharrock suddenly leaps in with explosive electricity... add the thunderous rhythm section and you might have one of the 10 or 20 single most group-explosive moments in fire music history, I'm not kidding.

5, 6. This Evie Sands song, as heard on the Rhino box set One Kiss Can Lead To Another: Girl Group Sounds Lost And Found, sounds incredibly familiar to me... maybe someone covered it, or maybe it's just that the band Spectrum ripped it off for the first song on their awesome 1992 album Soul Kiss (Glide Divine). I swear in some places it's almost note for note (new lyrics though). I could see Sonic Boom being into this tune. I could also see it being a complete coincidence. Whatever. Wait, this just in: The Hollies covered it in 1966. I really don't think I've ever heard that version, but maybe.... oh shit, even more breaking news, our (high on) crack research staff has just turned up this blog post, in which it is revealed that Linda Ronstadt also cut a version in the late 1970s! Hmm, that was when her Living in the USA album (1978) was getting tons of plays at my house, thanks mom and dad... could it be... um, nope. It's actually on her next album, 1980's Mad Love, the one where she went New Wave. Maybe that's where Sonic Boom heard it! I guess I might've heard it then too, but I don't think so. It doesn't matter anymore, I'll just listen to the Evie Sands version. By the way, I think I actually love Linda Ronstadt, especially 1974-1978 era. She could belt out some country soul, for serious, and she picked classic songs. I keep thinking of her version of "Heatwave" by Martha & the Vandellas. Her studio bands were just organic enough that it didn't get drecky, aka "the Wachtel zone." I could be wrong about all of this, it's kind of a fuzzy memory. Hello? Anybody still here?? As for that Rhino box, despite it's hugeness (120 tracks on 4 CDs!) it's just not satisfying my love of 1960s girl group soul. This shit has to be listened on the original 45s, I'm convinced. CD allows for too much of it at once and it kind of just gives you a sugar headache. Especially when the music is mastered so brightly and cleanly. When you hear this stuff on a 45, or through the crackle of AM radio, it sounds murky and mysterious, and the imagination fills in the rest as grandiose and glamorous. On CD it's just another golden oldie where everything is adorable but the lights are on so bright that you can see the scotch tape holding up the decorations. 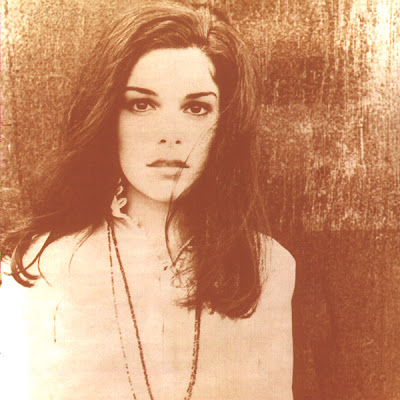