Stopped by Reckless Records for 5 minutes today (October 28th, 2017); it's always hard not to at least browse the New Arrivals bins, but I was illegally parked, my daughter was waiting in the car, and I had one job and one job only: to get my hands on two eagerly awaited psychedelic rock LPs that were just released this week. 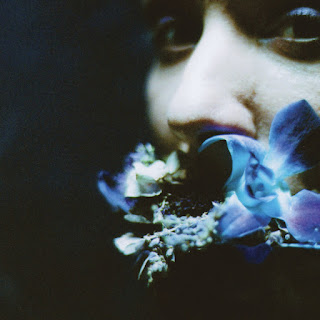 Circuit Des Yeux, aka Haley Fohr, has given us a new LP called Reaching for Indigo that may be even better than her last one In Plain Speech, featuring what's gotta be her best song yet, "Black Fly." I've listened to the whole record a few times already, but this song in particular at least ten times, and a hundred more times in my head. All the elements that can make a song great -- lyrics, melody, arrangement, performance, feeling, a killer bridge -- are extremely well-represented. Lyrically, it goes in the Dylan-worthy withering putdown category, the protagonist imagining her ex(?)-lover(?) as the titular insect, with an explosive challenge in the chorus: "Is it a high dive you're looking for/Or a 24-hour convenience store?," the ethereal melody hooking hard on the high dive image. And that's not even getting to the exquisite band performance by the rhythm section of Josh Abrams on bass and Tyler Damon on drums, perfectly paced by Cooper Crain's mandolin and haunting synth whistles, and Whitney Johnson's keening viola. Crain and Johnson have contributed to Circuit Des Yeux for awhile, and are both key presences throughout the LP, Johnson playing viola on four of the eight songs, and Crain co-producing and playing various instruments on six, with his synth and bass on the progressively bluesy/folky side two opener "Paper Bag" another high point. Instrumentally, the band continues to be informed by Chicago's always-burgeoning post-jazz creative music community, and the album includes a blasting triumphant free-form jam called "A Story of this World Part II" that also has Ryley Walker playing electric guitar, massing with Fohr's own guitar playing and thrilling vocal improvisation (her remarkable singing and songwriting might overshadow just how interesting of an instrumentalist she also is). http://www.dragcity.com/artists/circuit-des-yeux 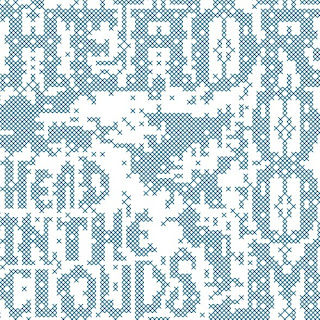 And speaking of interesting instrumentalists, Headroom is the work of one Kryssi Battalene of New Haven, Connecticut, who also provides scorching lead guitar in the mighty rock band Mountain Movers. Headroom is her band all the way, taking that spacious scorch and sprawling it out into longer and more vocal-free tracks, sick noise psych jams straight-up, for those who like a whole lotta that burnt PSF space in their Twisted Village. It's not entirely accurate to call Headroom a solo project either, as she has a consistent rhythm section throughout the album of Rick Omonte on bass and Ross Menze on drums, and second and third guitarists appear as well, including another rising New Haven underground star in Stefan Christensen. The record begins in medias res with the endless loping/lumbering jam "How to Grow Evil Flowers," the band laying down an implacable trees, grass & stone groove that Battalene layers with sick filtered/processed guitar soloing that I could listen to for much longer than the track's 10-minute running time. "Millers Pond" is one of two tracks with vocals, and could be called a ballad, albeit a solarized and blasted one, with a destabilizing shimmer that unmoors the rhythm section, Battalene's vocal shining through the fissures like a small sun propeller. "The Second Blazing Star" is a side-closing paranoid loop/solo chase-style jam that reminds me of the mighty Heldon themselves. Side two opens with the title track, "Head in the Clouds," which ditches the rhythm section for a wormholing trio of Battalene's effected guitar, farfisa organ drone, and deep-dive synthesizer exploration. And, the album closer "Flower of Light" is the most explicitly PSF-informed thing on here, another scorched-earth desolation ballad that sounds more than a little like the all-time stunning band Shizuka, which is just fine with this listener.  http://www.troubleinmindrecs.com/artists/headroom/

So, it was a very efficient day of LP buying, and I've been luxuriating in these two deep and rich sonic/philosophic spaces all night long, still marveling at how well each one documents a particular scene of music in two different cities, both organized by and filtered through a brilliant female composer/performer/singer.

THIS JUST IN: Here's a brand new video for the opening track on the Circuit Des Yeux LP, "Brainshift," a song that NPR.org accurately describes as an "invocation." In the video, eerie minimalist vintage-computer-style graphics illustrate the song title and subject matter in a very direct but effective way, and also make me nostalgic for various classic low-budget creepy A.I. imaginings from the sci-fi of the day.