From the excellent Vinyl Underbite blog, this is a crucial piece of music thinking that sums up so much about the shortcomings of today's 'lo-fi', 'psychedelic', seemingly 99% of new metal, anything described as 'stoner', and the list goes on:

"At some point in my salad days I figured out that just turning on distortion and volume does not alone make music 'heavy'; weight comes from the spaces between the notes, the timings, and that which cannot by automated. I think 'Syntelman's March of the Roaring Seventies' [from Dance of the Lemmings by Amon Duul II] taught me the same thing about psychedelic music. It's positively barren and sparse when compared to today's hordes of knob-turning noise kiddies, but more 10th dimensional and mindbending than most 'psychedelic' dross." 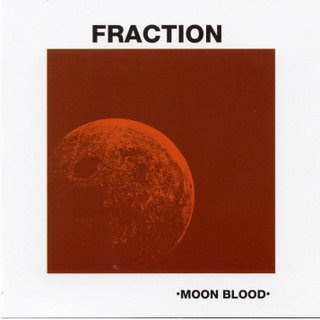 I was just majorly feeling this while listening to the Moon Blood album by Fraction. And of course there are lots of other examples. It's why a Neil Young solo acoustic ballad is heavier than every riff-challenged wash-of-sound black metal record that came out last month. Or, to include a louder example, take Dopesmoker by Sleep; sure, the amp settings are heavy, but what really makes the riffing, which is often one repeating note, ludicrously heavy is the timing of the hits....

And I think it all has something to do with these two statements which have been rolling over in my mind for awhile because of the similarities:

#1
Q: What makes the music so hard to play?
A: If you ain't interested in it and you ain't faithful in it, you ain't hittin' on nothin'. You got to have that in here. (points to his heart) You got to be faithful and honest in music, and everybody can't play. They can do somethin', but they don't be makin' no music.

#2
No matter how low the technical level of some of the harder music is - and many times it sure is - it is nearly impossible to play convincingly to audiences if one doesn't live, breathe, and understand it, if it isn't rooted in one's very blood. Because hard music lives so much from primitive instincts of power - from guts - it is hard for an outsider to really master it mentally and physically, no matter how talented and willing that outsider might be.

#1 is from an interview with the late Otha Turner by Adam Lore, published in 50 Miles of Elbow Room #2 (2002). The music they're talking about is fife and drum music, a disappearing regional southern style of black music. Turner is from Mississippi and if interested check out the 1998 CD Everybody Hollerin' Goat on Birdman Records.

#2 is from Ian Christe's 2003 history of heavy metal Sound of the Beast -- the speaker is Thomas G. Warrior of Celtic Frost, talking about his first band Hellhammer. If interested check out their Demon Entrails archival release.
Posted by Larry at 5:42 AM

It's that conflict between how many people want to be heard and how many people have something to say. Judging by a lot of what gets noticed, people can't seem to tell the difference, or they don't care.

Oh, I think everybody has something to say, it just isn't all that interesting most times. (coughTWITTERcough). I try real hard, myself, to say nothing, if I can. Now THAT's a trick. OMMMMMMMMMMMMMMMMM

I don't think all these people playing music, especially lower-tier noise/drone/punk/metal, even realize that they ARE saying something. They just think they're playing music, dude, and don't realize that, words or no, they're still responsible for using a language. And the result is like someone talking all night without taking a breath, not putting spaces between words and pauses to listen between sentences.

As is true so often, Carducci had something great to say about this topic in "Rock and the Pop Narcotic."

In talking about Sabbath he said (paraphrasing) "there is no amp setting for HEAVY, and louder does not equal heavier."