Hey, Mikey Milks is having a festival at his house next weekend:

This festival is RSVP ONLY. Go to Tombstone Gravy for all information. 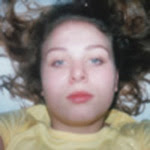 The new Warmer Milks album Soft Walks has been in the CD player a lot over the last month but I haven't really figured out what to say about it. A few days ago I did write this: "In a career filled with weird turns and exquisitely gross musical decisions, Warmer Milks have gone and taken one of the grossest weird turns possible with their new album Soft Walks: they've made a lush orchestral southern rock magnum opus. This thing is totally serious, filled with weird but well-written songs that are meticulously arranged and orchestrated and recorded. It's also their first of what looks to be a few releases with Animal Disguise, a good home for them. AD calls WM 'a unique blend of southern rock, improv and modern confusion,' and that description, however succinct, describes the nooks and crannies of this album better than anything I've thought of so far. See what you think." 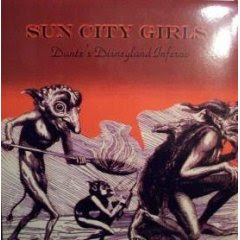 Tonight I've been listening mostly to Dante's Disneyland Inferno, putting up more lyrics for the Sun City Girls lyrics archive. I'm finally almost done with the Dante's portion - it's only taken me four years. (Thanks again to reader 3dsunglasses for starting things back up.) I've had the album for 12 years now, ever since it was released, and it still sounds amazing. To this very day I'm hearing things in it I had never noticed or thought about before.
Posted by Larry at 10:51 PM