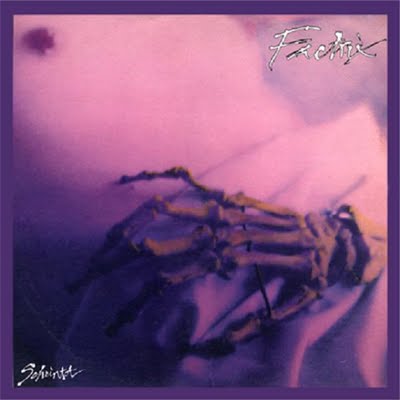 The new Wolf Eyes album No Answer: Lower Floors has been streaming on Pitchfork Advance, a nice call by the editorial staff of Pitchfork (which is something I don't say very often, The Out Door excepted of course). The leadoff track "Choking Flies" sounds so good, the sparsest, leanest, meanest and beat-dopest they've been since Dread and Dead Hills, and on the day the stream was announced I saw more than one person, maybe even three, on Facebook compare the track to Factrix. This is a good comparison, though I think it's the first time I've heard someone make it. In fact, I really only recall one other significant mention of Factrix in my entire life of reading-and-talking-about-music, and that was on the WHPK list-serv around 2003 or so, when they were highly recommended by the esteemed DJ War Bride. I think it was on a "synth punk recommendations" thread, so I always figured they sounded like The Screamers. It took almost another 10 years for me to actually hear them, thanks to this 2012 Superior Viaduct reissue of their sole "studio" LP Scheintot from 1981, and find out that "synth punk" is way too limiting to describe them, and that they're much more languid and creepy than the revved-up and synth-overt Screamers sound. They do morose guitar noise like the New York No Wave bands, but with a weird serenity and stillness at the center that even bands like Mars and DNA didn't quite get to. They do harsh antisocial machine music like Throbbing Gristle and Cabaret Voltaire, but they do it with more humility, in the form of softer and more melodic hooks. They have better bass guitar than any of those groups, what sounds to me like a particularly tasteful deployment of the dub reggae influence, putting them on a level with early Public Image, even if the other half of the "rhythm section" is a sputtering, evil-sounding drum machine. And when all that is combined, they still come off more like a 70s-rooted guitar band than an 80s-reaching synth band. Very compelling, deep, rich music, and I've been listening to this record over and over and over again for months. 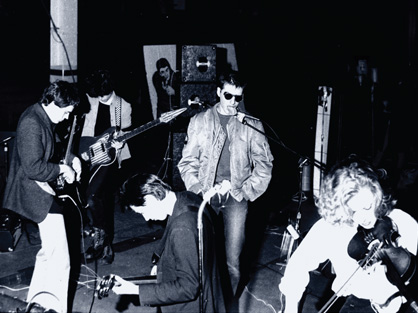 Factrix may have only had one "studio" album but they did have two other releases, a "studio" 7-inch single, and a 1982 live album called California Babylon that was billed to Factrix/Cazazza, also now reissued by Superior Viaduct. You might know of Monte Cazazza from the RE/Search Industrial Culture Handbook like I do, or hey, maybe you were there. As a trio, Factrix seemed to share lead vocal duties and didn't really have a front-man; here Cazazza steps into that role, first-billed on the personnel list with "vocals, tapes, amputated bass, monochord." It's a rougher document than Scheintot, less languid and dreamy, more like being wide awake in the dirty and noisy street, with a lot more squealing microphonic feedback and Reverend Jim Jones ranting in your face about how you and he are gods. In the RE/Search book Cazazza offers some more about these performances; regarding Side A, from June 6, 1981, live at Ed Mock Dance Studio, Cazazza writes: "'Night of the Succubus' in collaboration with Factrix. Films, slides, organic robots, dance by Kimberly Rae, dart gun used for first time by Monte, electro-shock, dental surgery on dead animal-machine. Video available." The CD version of Superior Viaduct comes with a DVD of said video, along with more previously unreleased tracks. About Side B, from December 12, 1980, live at Berkeley Square: "Guest appearance with Factrix. All music, more sedate show." It doesn't sound very sedate to me... 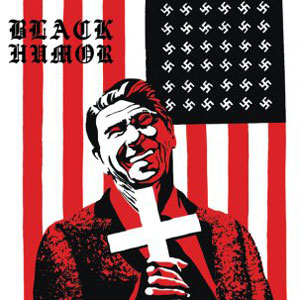 But wait, there's a lot more... Superior Viaduct is specializing in deep-underground post-punk San Francisco activity, Bay Area bands in the late 1970s and early 1980s that are still barely written into the increasingly comprehensive punk histories that are coming out nowadays... a surprisingly high percentage of the reissues Superior Viaduct is doing were the only album the band ever recorded.  For example, the sole release by Black Humor, Love God, Love One Another from 1982. This was a somewhat notorious record at the time, causing a bit of heat in the letters section of Maximum Rock'n'Roll because there was a swastika (made out of crutches) on the Side B label, and I guess because their subject matter was offensive to some, although perusing the lyric sheet doesn't reveal any of the brain-dead "look ma I think I'm punk" button-pushing one might expect. In fact, a more frequent target is punks and hardcore kids, which is probably the real reason people got pissed in MRR. I imagine the spoken-word/noise/tape collage "KILL THEM!!!" on side two is what really got their pens angrily scribbling, as it dismisses kids who "have a crew cut for the first time in their life and they're telling me they're hardcore," along with some Archie Punker-style equal-opportunity misanthropy buried in its word-stew. Either way, the music itself is what really makes the antisocial statements here. The opening song is a perfect mix of blackly humorous words and grotesque music, reworking "Dancing in the Street" as "Undancing in the Dirt," George Miller hissing and straining out the lyrics over a sly atonal bass-guitar dirge "because death is near/and the time is right/for undancing in the dirt." Funny stuff, but what makes me really like the music is that it also has that languidity that Factrix had... it's just as black-hearted and nihilistic as the bleakest of punk, but it never gets stuck in a rut of raging/slamming/hammering stridency. The vocal timbre is harsh, the musical tonality is dark, but both are squeezed out slowly, calmly, and at a simmer. Even when the rhythm section plays hard, the guitar is often filing away at arcane and substantially quieter upper-register microtonal filigree. "Hometown Vigilante" could almost be described as a mid-tempo ballad, and there are several songs where Miller's vocals also wheeze and hiss against a particularly sparse bass guitar part and nice subtle drum machine programming (a live drummer is only used on the first three tracks, and the difference between him and the drum machine isn't even that noticeable). Really, this is an album that makes nihilism and bleakness endlessly intriguing and listenable, a rare but always welcome combination. 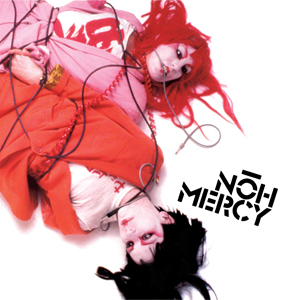 Superior Viaduct has also released an album by Noh Mercy, a female drums and vocals duo with the great slogan "No Boys On Guitars!" You might not think you want to hear a whole album by a band that is just drums and vocals, but they really create a lot of music between the two of them. (Some other instruments do appear on two or three tracks.) Drummer Tony Hotel is phenomenal, coming from a traditional jazz background in Dayton, Ohio; as vocalist Esmerelda says in the large booklet insert, "She played so well I realized we didn't need anyone else in the band." Of Esmerelda's versatile and fearless theatrical punk vocals, Miss Hotel says "Wow, finally I hear another musician, my own age, my own sex, who is as good as me."  Esmerelda indeed brings that post-Cockettes San Francisco style of cabaret dress-up psychotic flair, evident in the band pictures that adorn the large booklet insert, and just from her vocals alone. But, together they create music that simply isn't reducible into cabaret, punk, avant-garde, no wave, theater, or anything. It's just their own music, like Interstellar Space by Coltrane & Ali wasn't just jazz, it was their own music. This self-titled record was made in 1979, and wasn't even really intended as a record and went unreleased until this Superior Viaduct edition.

And that's just the tip of the iceberg; in the meantime this great label has gotten even greater, having put out several more records, really an even more impressive crop than the one I just ran down. They've reissued three 7-inches by The Avengers, the German Shepherds Music For Sick Queers LP, the great 1983 debut LP by 100 Flowers (previously known as The Urinals), the great sole LP by The Sleepers (Painless Nights, 1981), the weird and dreamy Martin Rev solo LP from 1980, and what appears to be the only LP by the band Monitor. I haven't even laid a hand on any of these releases yet, and already there's rumblings of some potentially even more exciting reissues from the Viaduct, namely the Hardcore Devo compilations and also some Tuxedomoon albums!

And as a related postscript, I just listened to this great podcast interview where George Chen of Zum interviews Robert Horton, who recently collaborated with Neil Campbell on the excellent Trojandropper LP, released by Zum. In addition to an interesting interview, you get to hear some really cool electronic pattern music Horton is working on, as well as some mutant death disco material (recorded from 1979 to 1982) by Horton's old San Francisco band The Appliances that is possibly going to be released by Superior Viaduct as well... it may be postponed or even cancelled but here's hoping that it isn't...

SV's been killing it lately, the Heldon and Craig Leon reissues are perfect.

Good to see you're still keeping up the site, Larry. Haven't stopped through here in a while.