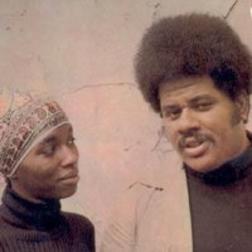 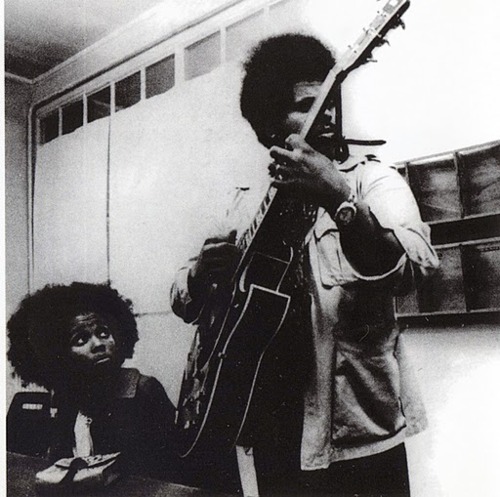 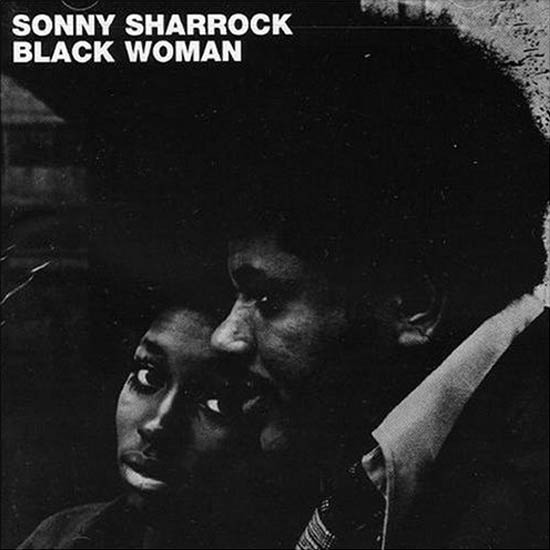 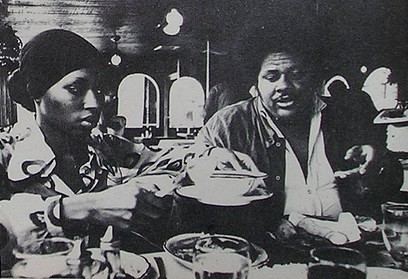 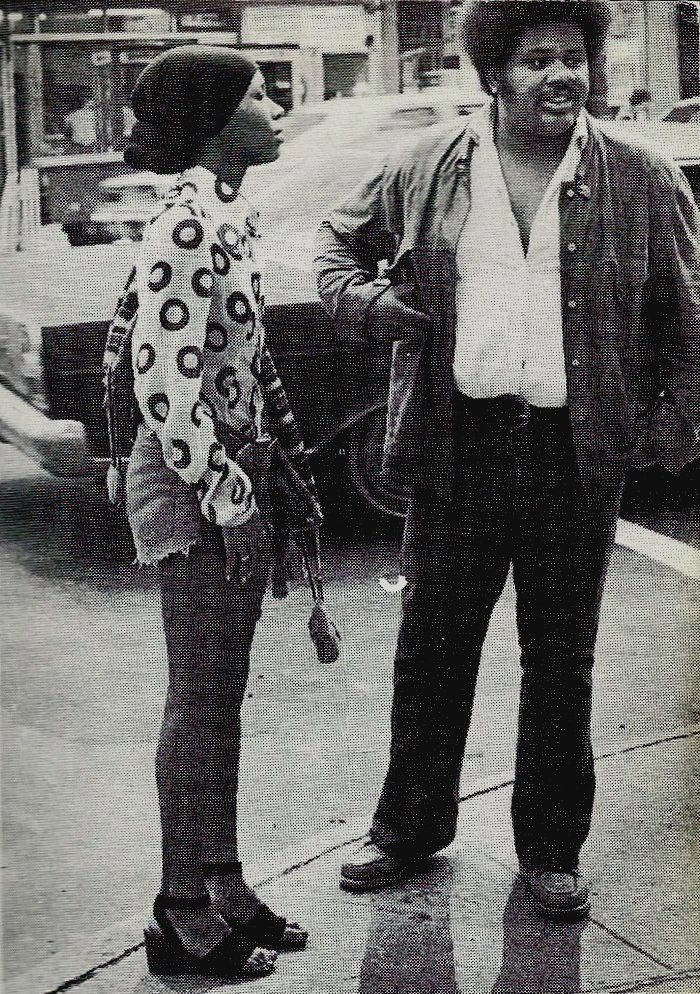 I've been listening to that sublime Sonny Sharrock & the Savages radio session from 1974 that's going around, and it's reminding me how much I love all those classic pictures of Sonny & Linda Sharrock together. I really love the last two, taken by writer/photographer Valerie Wilmer (apparently on the same day, check the outfits). The first one is from the internet, the second one I scanned from the house copy of her essential free jazz book As Serious As Your Life, and posted here without permission, admittedly looking kinda rough compared to the first picture, and will take down immediately if asked (contact larrydolman at gmail dot com). The first of the two in the cafe is such a good picture of Linda, but then pictures of Linda do tend to be good: 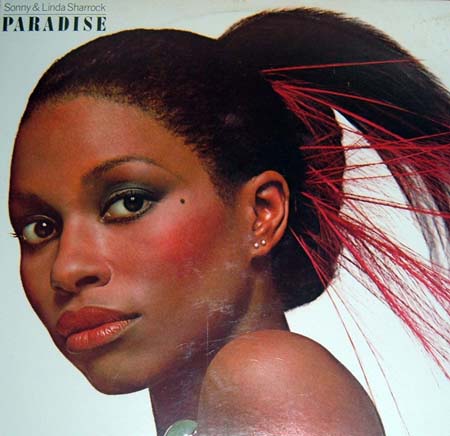 She might be the strangest jazz singer I've ever heard, which is saying something, but not too surprising because Paradise is certainly the weirdest jazz album ever recorded:

I choose to live in the glory that is Black Woman. My favorite song is "Peanut."


THIS JUST IN: At sonnysharrock.com there's an extensive transcript of the on-air interview that took place during the aforementioned Sonny & the Savages session on WCKR. A lot of good stuff in there about Linda's truly individual improvisational singing style, like:


Linda Sharrock: I listened to people like the Miracles, and you know, I mean, I've never listened to any kind of a female jazz singer for any kind of inspiration or anything like that. And I was influenced by horn players, influenced by Albert, and I think Pharoah was a strong influence, 'cause I heard him in Philadelphia, and then when I came to New York I would hear them, you know, and I think he was a big influence on me. So it was horns, you know.
Sonny Sharrock: …The thing that killed me about her singing was that she was, if not the first, one of the few jazz singers who improvise, and I mean, because improvisation is jazz, it's about improvisation, and to bend a few notes or to take liberties with the words. That's one of the reasons she doesn't use words: because it hinders your improvisation, you know.

I can believe that she wasn't into any female jazz singers although you have to wonder if they weren't aware of Max Roach & Abbey Lincoln's "Triptych." Here's another cool section:

Sonny Sharrock: ...what the band is doing is some kind of futuristic electronic folk music. And I never developed the standard techniques for the guitar, and I don't think Linda did for the voice. We never cared about, you know, developing the standard classical European Western techniques or whatever, and I developed my own techniques, Linda developed her own techniques, and I think that's what folk music is about, you know. And jazz: I have a strong feeling that jazz is a folk music, not to put John Lewis down, you know, with his chording of the concert hall, that classical thing, but you know, I feel it's a folk music.
Rich Scheinin: Yeah, sure, I remember Louis Armstrong once was asked something, what he thought about the folk revival, in the early '60s with Joan Baez and everybody, and they said, "What do you think of the folk revival?" and Louis Armstrong said, "I've been playing folk music all my life," you know.
Sonny Sharrock: Right, dig it, yeah. It is, you know. I don't think it was ever meant to be played technically; I think it's all about feeling, like all folk music is. It's not technique in folk music; it's the feeling that you get across, you know. It's a time to put across feelings, you know.