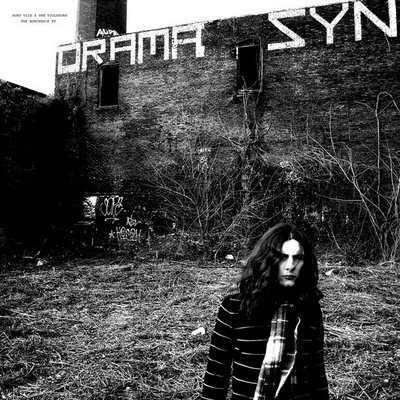 KURT VILE & THE VIOLATORS: The Hunchback EP 12" (RICHIE) Mr. Vile's 'official debut' full-length Constant Hitmaker was Blastitude's favorite album of 2008, but on this brand new follow-up he kinda sidesteps away from the one-man constant hitmaking... now he's got a backing band and they casually throw down a few loud machine-trance workouts, getting into a cool grinding city rock, a little more brooding and grim. On the first album there was a fair amount of sun breaking out of the haze, but now it's definitely night-time. Also, this EP doesn't use any of the zoned-out solo fingerpicking styles that are on the first album, and while on first spin that was slightly disconcerting, on second, third, and now fourth, I don't mind at all. Mainly because the Violators are a serious band - drummer is basically perfect, and so is the way the other two (on guitar, bass, baritone guitar, more) blend with KV's six-string brilliance. I don't even mind that four out of the six cuts are instrumentals, or that the record is over way too fast... makes it that much easier to play it again and again... 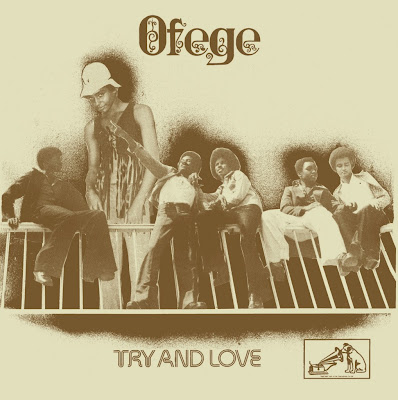 OFEGE: Try And Love LP (ACADEMY) Reissue of a 1973 rock album by some Nigerian high-schoolers. It isn't quite the raw/chill stunner that my all-time gold standard Amanaz Africa is, but it is a really good album, very solid sun-dappled mid-tempo rock balladry, with some piercing psychedelic lead guitar that, together with an elastic percussive style, keeps the tunes at a deceptively high simmer. Also, it's really a beautiful sleeve by Academy, complete with a nice insert that has a recent interview with the album's producer. BTW, am I reading this interview right -- did Berkley Jones, the guitarist of BLO, "play all the guitar tracks in the absence of the band members"?? 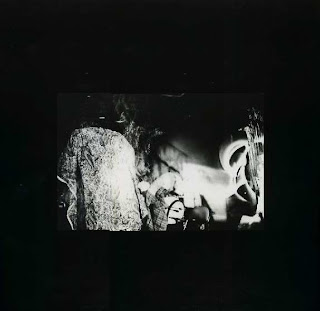 SUN CITY GIRLS: Fruit of the Womb/Polite Deception 2LP (ECLIPSE) Hey, the Cloaven Cassettes reissue project is back, still on Eclipse Records, here with #5, the first volume in four or five years. The idea is a projected ten double-vinyl releases, each one reissuing/reimagining two of the 20-plus cassettes that Sun City Girls cluster-bombed the scene with between the years of 1987 and 1990. Fruit of the Womb was "recorded 1984–85 between the first and second Sun City Girls LPs," and it documents a particularly raw, scorching, glowing, go-for-broke session or two, with some songs that are known ("Damcar," "Blue Mamba," "Trippin' on Krupa," "Rappin' Head," "Jokers on a Waltz") and songs that will always be unknown (such as Side B, the 25-minute diehards-only "When the Jewels Roll out of Your Eyes"). As for Polite Deception, it originally came out on the heels of Womb and, according to suncitygirls.com, "side one is a continuation of the previous tape listed." And, the flip features "Gulf Con '79," an impressive early long-form "industrial Mesopotamian Environmental piece." Edition of 950, gatefold sleeve, rad live photos, etc.
Posted by Larry at 7:30 PM