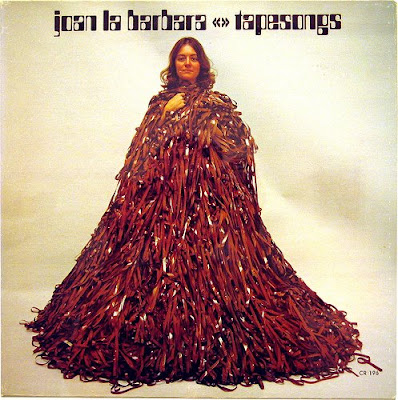 As tipped and ripped for listening pleasure over at the To Live And Shave In L.A. blog (check out the great performance photo and Tom's on-point caption), this 1977 LP is a masterpiece. Goofy cover (that Carly Ptak may or may not have been thinking about in this photo shoot) but the music within is dead serious (well, it can be pretty playful too). Vocal and electronic techniques somewhere between contemporary classical melisma, pre-punk Yoko Ono avant/jazz freakout, and outright dolphin-speak... Side Two is an extremely heavy jammed-out composition called "Thunder" in which La Barbara is joined by two timpanis... legions of young noisers today need to recognize this predecessor, still at it today... 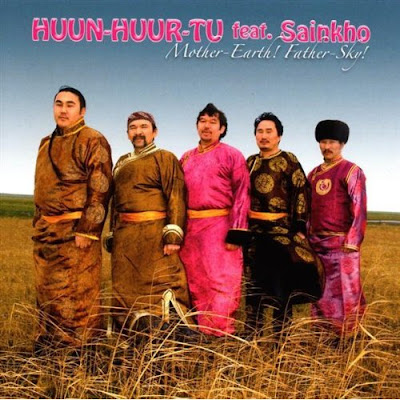 Ah, the Tuvan throat singing of Huun-Huur-Tu.... this one could also go into the 'extended vocal technique' pile but really it's just some glorious heavy ecstatic high-steppes ancient animal/wind/etc-communion drone folk. I bought their classic CD 60 Horses In My Herd back in like 1993 or something, and then in the summer of 2002 I actually got to see them live at the Chicago Folk & Roots Festival in Welles Park. It was one of the most amazing shows I've ever seen. They played at about 2 or 3 in the afternoon with a particularly blazing July sun positioned directly behind and just above the stage. It was impossible to look directly at the band, so I just stood there and closed my eyes as this otherworldy droning gentle and soulful music seemed to emanate from directly inside the sun. Occasionally I would dare to look upon the stage, just long enough to see the stoic silhouettes of one or two of the band members as they sat and sang and/or strummed*. And today, in the very beginning of 2009, I'm listening to a 2008 release by them called Mother Earth! Father Sky! and it is so good, as sundazed as ever, better than 60 Horses, with what seems to be plenty of their own songs, and a real contempo and genuinely psychedelic ballad feel, especially when the band is joined by one Sainkho Namtchylak, a wonderful and heavy Tuvan female singer apparently of some reknown....

*Holy shit, I was just now at the Wikipedia page for Huun-Huur-Tu and here's what it says: "Not long afterwards, the group changed its name to Huun-Huur-Tu, meaning "sunbeams" (literally "sun propeller")."

When I first heard Voice is the Original Instrument in college,I was blown away.
Keep up the doog work!

Listening to "Tapesongs" right now...I love that the first piece is based around a tape of someone decrying "extended technique" vocalists" as being "freaks of nature" and messes with that. I think more experimental musicians should use negative feedback in their recordings!