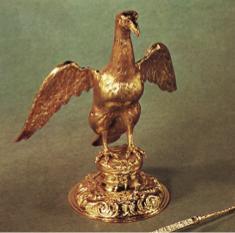 Kraus has been kicking around the underground for a bit now... we first wrote about him a couple years ago, and apparently he's also the drummer in The Futurians, whose Spock Ritual album was so good I'm going to have to pull it back out right now. I think I even heard that Kraus and the 90s-00s New Zealand noise/tapes/Bananafish stalwart known as Witcyst might be one and the same person. I don't think it's true, but both are certainly one-man projects, although Kraus is a lot more song-based and rock'n'roll than the outer limit noise of Witcyst. Still very strange stuff, all instrumental (as far as I've heard), oddly uplifiting, oddly cinematic, but with grungy weird distorto tones. In addition to a bunch of tapes and CDRs, he released an LP about a year ago which I have not seen nor heard. However, this new 7-inch single landed in my lap the other day, and it picks up right off where the earlier material I did hear left off, if anything in a still more direct and accomplished manner, a fine introduction to the man's work, cheaper than the LP, available from paltoflats.bigcartel.com.

The Dirty Three are back! Toward the Low Sun is their first album in seven years! Street date is February 28th! This may be cause for celebration among many, and I agree that they are an amazing band... at playing one song. That one song where guitarist Mick Turner and violinist Warren Ellis play a sombre, slow, aching instrumental panoramic/cinematic spaghetti western ballad while drummer Jim White passionately subdivides the beat. I mean, c'mon guys, can't you tear into a King Crimson ensemble riff every now and then? Or any other tempo at all? Their song is certainly a heavy song, and sometimes if I'm in a drunken and sullen mood I might go for a whole LP side, but I've never really been compelled to flip it over.

James Brown's Hot Pants is a sweet slice of meditational funk. The CD reissue has one bonus track: the full 19 minutes of the endless conversation jam "Escape-Ism." I love the part in the song when James is asking everyone in the band where they're from, and everyone is from the deep and mostly rural south, until they get to Fred Wesley, who says, a bit cockily, "L.A.," and everyone goes "Uh oh, uh oh!" until he clarifies: "Lower Alabama!" Great transcription and annotation of the whole song here. (The blog points out that when James is rapping with the band members and doesn't seem to know them all too well, it's not an act, as Bootsy and Phelps Collins had walked out of the band to join P-Funk only a few weeks earlier!)

The Cherry Blossoms album sounded so good tonight... my first listen in a few years.

A Middle Sex is from somewhere in England, I believe Manchester, and seem to be completely unknown over here, but I think they're a really good band. This CDR from 2007 has the kind of "destroyed rock" that continues the work that showed up on certain Siltbreeze LPs in the 90s, a kind of loud and unabashedly atonal jamming that never ignores a rock pulse and instrumental interplay. These guys can play their instruments well, and play them well with each other, and still take detours like the weird spoken-word intro "A Muddled Hex" and the psyched-out drum machine and minimalist feedback glower called "We Drones." Go here and listen to some songs: http://www.myspace.com/amiddlesex. (I know it's MySpace, so go ahead and make fun of it, or of yourself for using it, on twitter and/or facebook, but it still works, so if you click "Play All" you will be able to hear their music.)

Sun Araw making music is like a stoked kid mixing paint, throwing in all his favorite colors at once, in hopes of making the most awesome color ever seen..... and every time it just comes up looking like mud. Just replace the favorite colors of paint with the approaches of some of his favorite musicians (Terry Riley, Fela Kuti, King Tubby, George Clinton, Neil Young, anything else that's radical and awesome). The result is still frustratingly muddy. I feel like someone's music should say more than just "what if [someone awesome] jammed with [someone else awesome] and [someone else awesome] and the vocals were unintelligible?" I might be able to enjoy the hero worship as long as he was saying something more with it, something that was his own. (Also, the band name is straight-up annoying.)
Posted by Larry at 12:55 PM

have you heard the Kraus LP Faster Than The Speed of Time?

No, I think that's the one I referred to in the post. I want to hear it but I remember it being kinda steeply priced.