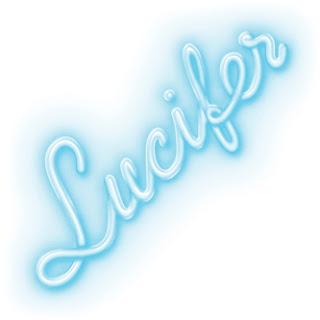 This is a list of the albums I bought at the record store this past weekend, in the order I played 'em that night after getting home. It was great to get the new Blues Control album on vinyl, but a couple weeks ago I received a (completely authorized) preview download of it, which I've since listened to 13 times, according to iTunes. By contrast, I did not have preview mp3s for Lucifer, Peaking Lights' hotly-anticipated-by-me follow-up to their lovely album from early 2011 called 936. A week or two ago, I even refused to click on a blog link offering a (completely unauthorized) free preview download of Lucifer, because I knew I was going to buy it when it was in the stores. I hope Emily White, David Lowery, AND Kenneth Goldsmith are all taking notes! I was going to buy it, instead of indefinitely "previewing" mp3s of it, just to own a print of Robert Beatty's cover art, but of course I had high hopes for the tunes themselves, hoping this would be a 936-and-beyond kind of record, especially after listening to the advance track "Lo Hi," a bold fusion of their most obvious reggae skanking yet with extended R&B-dream-prog-balladry and what is hands down the sweetest vocal appearance of an artist's infant child on wax since "Isn't She Lovely." And you know, now that I've listened to the record a good 4 or 5 times, and gotten familiar with a couple songs that I initially missed, I'd have to say that it is indeed a 936-and-beyond kind of record. And even if the tunes are in the background and you're simply viewing Lucifer as a collection of grooves this is still a good funky listen. All the summertime/barbecue/beach/lounge stuff people are tweeting about this record that gets retweeted by Peaking Lights is accurate. But turn it up, come closer to the songs, and you'll hear what lifts the material beyond mere barbecue grooves, that radiant glow of motherfatherhood that was even in full flower with 936, before their son was born. The foundation grooves might be retreating back to basic 70s disco/funk templates, but the way they are embellished with highly personal elements like actual melodic synth playing, Aaron Coyes's sundazed soul guitar licks, and Indra Dunis's simple and lovely melodies glowing through and illuminating it all, well, wow. Also love Beatty's design and the whole Lord of Light concept, including a hefty mandala poster inside. Also special shout-out to a relatively cheap full-length LP on Mexican Summer! ($14.99!) 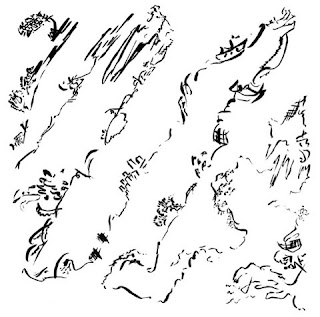 So yeah, I already talked about the Blues Control LP last post, but special side note here about how cool it is that Peaking Lights and Blues Control are both romantically involved male-female musical duos, both influenced by a melting pot of music, who both just released great peak-performance-so-far type albums on the same summer day, which both have a kind of blue-on-white color scheme on the cover, and even a tilted-axis perspective to the art. For the record, I think it's completely 100 percent parallel development and coincidence, and besides some surface similarities in instrumentation and influence, the bands really don't sound like each other. Anyway, I played Blues Control next because my kids, age 9 and 7, who I have to compete with for early evening media fun time, and don't always want to listen to the records I do, really like Valley Tangents (I think mainly for certain particularly bouncy jazz-fusion passages that sound like really awesome video game music . . . needless to say "Iron Pigs" is a big hit). They're really liking Peaking Lights too, and definitely enjoy Ms. Dunis's sweet and dreamy singing. As for Blues Control, they've been present for many of those aforementioned 13 listens, and I don't think they've even once cared or even noticed that no one is singing at all. 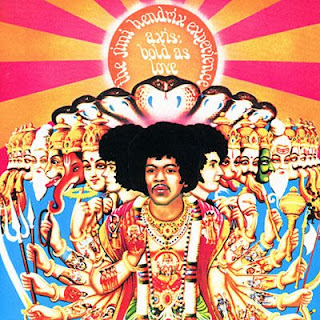 Every time I go to Reckless I can't help grabbing a few of the classic, great, collection-hole-filling, oft-partied-on records in the $3-$10 range that are always stuffing the bins there. For example, why not grab a $2.99 hella-used copy of Axis: Bold As Love? Even though I did have it on vinyl, back in the day (80's reissue bought at the mall), at some misguided point I traded it in so I could "upgrade" to a CD copy, which I still have, from that run where they gave the classic first three Jimi Hendrix Experience albums NEW COVERS, if you can believe that. This $3 copy of Axis is much better, and not just because it has the correct cover. I mean, it is a total beater . . . every possible seam is split and the tunes come with lotsa crackle and some erratic skipping . . . but man, when the music is making it through uninterrupted, it is pure singing and stinging psychedelic honey of the absolute proper vintage. This copy even smells like the 70s . . . and I know because I was there.

Also grabbed a VG copy of Marcus Garvey by Burning Spear for a pittance. One of the great soul singers of all time (though in the service of Jamaican reggae, not American R&B), leading a set of deep roots historical/cultural protest songs from 1975. Not particularly dubby or otherwise notable production-wise, it's all about the intensity of Spear's singing and subject matter. Excellent record, which leaves us with the self-titled debut by the New Riders of the Purple Sage. Honestly, after all this heavy hippie music, this 1970 LP of mellow singer-songwriter country-music folk-rock might just be a little on the light side. I do like the New Riders, but I've always wanted to like them even more, because they play a version of what Gram Parsons called Cosmic American Music, which sounds like a beautiful idea, and they have a Grateful Dead connection, with Jer on pedal steel and Mickey Hart occasionally on the drum kit, and they have one dreamy cosmic nature ballad I really like called "Last Lonely Eagle," and it's on here, as is the 8-minute "Dirty Business," which is my second favorite song by them, with some extremely gnarly distorto fuzz pedal steel madness by Garcia. Overall though, I'd have to say Parsons's own Cosmic American Music band, The Flying Burrito Brothers, was a little more substantial than the New Riders. (Surprisingly, Sneaky Pete Kleinow is just as cosmic on the pedal steel as Garcia . . . also just found out that Sneaky Pete's steel guitar is that glorious sound in John Lennon's "Mind Games," which I always found to be a somewhat underrated psychedelic pop rager, with intense lyrics like "Some kinda druid dude/Lifting the veil.") 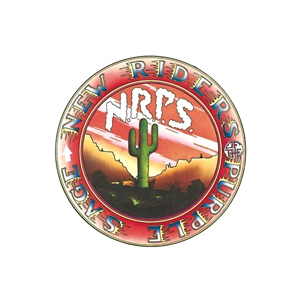