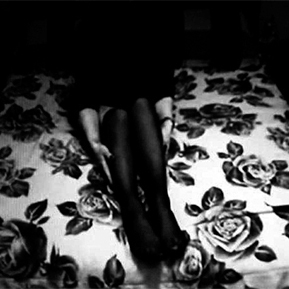 M AX NOI MACH In The Shadows LP (WHITE DENIM) At the time of his interview in the most recent issue of Blastitude, Robert Francisco had yet to release any full-length vinyl as M Ax Noi Mach, but now that time has come and it fulfills all the promise shown on the 7-inches and the tapes like Chaser. Not only did quality-driven fellow Philadelphian label White Denim step up and pay big bucks for mastering in order to successfully groove the thick frequencies, but Francisco did his part and showed up with his best series of tunes to date. His music continues to never settle into any one obvious subgenre... power electronics would seem to the closest genre description, although his vocals seem rooted in 90s hardcore/grindcore more so than 70s/80s industrial...  harsh noise doesn't fully work either, because what might start or otherwise sound like a harsh noise track is frequently pushed, via driving dance beats and that mastering job, into a radio-ready club dance feel (just listen to the way the opening track "Creeper" hits). And the real club hit on this album should be "Devil City"... I really want White Denim to bankroll an early 90s style hip-hop video in which Francisco lip-syncs out on the streets dressed in winter wear. They'll have to cut a censored radio version due to the gigantic hook based around the phrase "buncha fucking animals," but it'll be worth it. Side one closer "Fetico" is a weird quieter 'talking' track that nicely demonstrates that crucial trait of all music, the ability to change it up a little. (Some call it dynamics.) Side two is also very heavy and it has another (welcome) version of "Creeper" called "Creeper Sits." All in all, a perfect and readily available introduction to what this guy does. 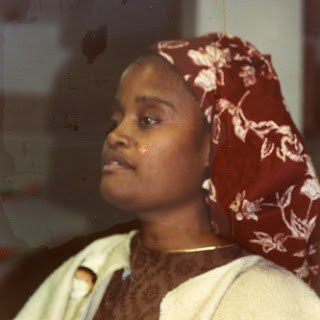 PHIL COHRAN African Skies LP (CAPTCHA) Can't say how beyond-stoked I was to walk into Reckless and see this on the wall, a brand new funky colorful gatefold vinyl version of the wonderful African Skies by Phil Cohran. I did not know this vinyl release was in the offing, but I am familiar with the album, having bought a CDR version of it for 10 bucks off of Cohran himself a few years ago at one of his Ethiopian Diamond gigs (he's still doing it every other Friday night at 7PM, go to 6120 N. Broadway in Chicago for fine food and good music). In fact, familiar is an understatement, as this is possibly one of my favorite albums of all time, certainly one of my most-played this decade. It was recorded in 1993 for Chicago's Adler Planetarium, and not only does it sound excellent as a soundtrack to viewing galactic depths, but, with Cohran's extensive harp and frankiphone themes and solos over sublime deep string arrangements, it's also like experiencing ballet in ballrooms, fairy tales in bedrooms, and folk songs and stories on the savannah, without any rooms necessary. (And really it's just the deepest of cosmic jazz by one of its all-time great composers.) 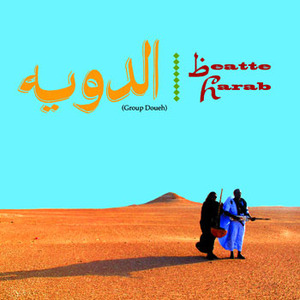 GROUP DOUEH Beatte Harab LP (SUBLIME FREQUENCIES) For my money their best album yet. The first two were compilations spanning different years and different recording situations, but this seems to be a complete work of new material, laid down possibly in a single committed studio session. It's also his first album to be largely acoustic, with little (if any) electric guitar, and more traditional Moorish instruments such as the "tinidit (three string Mauritanian lute), ardin (kora-like harp played traditionally by women), tbal (clay drum) and the kass (tea glasses)." Apparently there is also Korg synth on here, but I haven't even really noticed it yet after three listens. The raw 'VU bootleg' thrill of the first 2 LPs is gone, but in its place are deep roots laid down with sweet clarity, and the interplay between Doueh's tinidit and his wife's ardin is unreal, sometimes like Joseph Spence jamming with at least three Magic Band guitarists all at once, the speed of the notes sometimes suddenly doubling or even tripling until the music sounds like a school of silver-jeweled turquoise hummingbirds bending backwards to fly concentric circles around a tiny heart-shaped cathedral made from golden vases at the exact center of your mind. 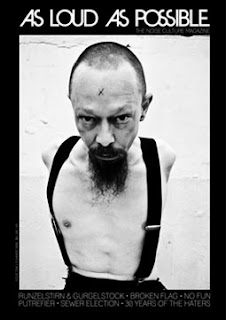 AS LOUD AS POSSIBLE #1.  "To those of us who are here now, Noise Culture (as we're calling it on the cover) is really exciting and worthy of detailed investigation. There are differences between good and bad noise, and there are ways to explain this in print." So writes co-editor Chris Sienko in the premiere issue of this long-awaited and finally-published Noise Culture magazine, something that he's been illustrating for years with various online writings, many of them right here in Blastitude starting way back in early 2001, but it is a fine thing to have so many of his observations and opinions on paper and in such a nicely designed book (because really, this magazine is a book, as much as the Industrial Culture Handbook was a book). And there is indeed much, much more than Sienko's contributions, including a whopping 38 page oral history of the Broken Flag label (by the magazine's other editor, UK-based Steve Underwood of the Harbinger Sound label), and features on Carlos Giffoni, The Haters, Runzelstirn & Gurgelstock, Climax Denial, Sewer Election, Putrefier, the IDES label, the Apraxia label... and that's still not all. 164 pages, perfect bound. 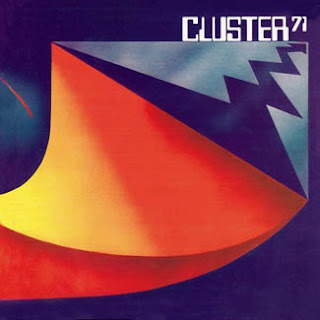 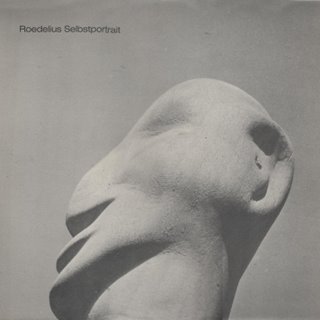 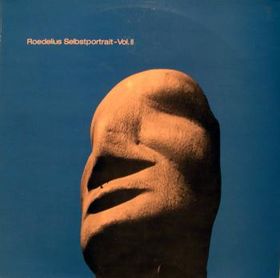 One last note about some nice Cluster-related reissues coming to us from the Bureau B label... first off, there's a CD of the Cluster 71 album, their first as the well-known Moebius and Roedelius duo, created after they parted ways with founding member Conrad Schnitzler and changed the spelling of their name from Kluster. This is a truly groundbreaking album of "epochal, experimental electronics" that so many post-No Funners would still kill to create in 2011 (wow, that's 40 years later)... and if you're a fan of the later beat-driven pop-inflected Cluster albums like Zuckerzeit, this album will probably scare the shit out of you with its yawning chasms of deep-space noise that somehow always... seem... to.... BE.... GETTING... LOUDER..........  On a much prettier and more pastoral tip, Bureau B is also doing CD/LP editions of two solo albums by Roedelius called Selbstportrait and Selbstportrait - Vol. II. These were originally released on the Sky label in 1979 and 1980, and are completely solo recordings, one man sitting at a Farfisa organ and getting deep. The tracks are beat-oriented constructions with melodic cycles and improvisations playing out gently over the top, closer to the aforementioned Zuckerzeit style but with an additional aura of high-lonesome freedom of movement. Again, I think a lot of today's young chillmagogic artists would love to make albums like this, but let's face it, they just don't have the musical depth to do it... they're just gear-collectors and button-pushers who don't seem to have any idea how to improvise actual heartfelt and/or philosophical melodic statements. In other words, rad sounds but no songs, and these tracks, however "sketchbook" they may be, are ALL songs.

Most Karl Schmidt Verlag releases are stellar, check out more if you haven't... I think Om Myth is really at the top of his game right now.

lots of good shit on this list. wish i was able to get into omar soleyman, i keep checking his cd out from the library and have listened about 8 times now but it doesn't really do it for me. different stores for different folks, i guess?

love that grass widow album and us girls and kv of course.