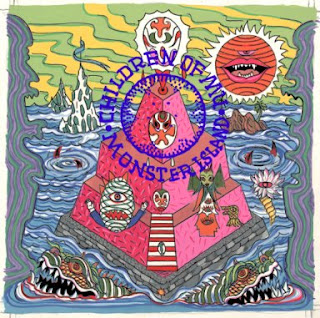 Ah, Twodeadsluts Onegoodfuck are back at it again with another 10-minute release of absurdly harsh power electronics packaged with pornographic imagery (this time a little more subtle than, say, the P.T. Barnum's Gallery release, but yes that is semen). A great way to start the day (only because the wife and kids left for a couple hours). Man, the cat hates this stuff! I think I've heard that some noise/PE people do too, probably because they think Twodeadsluts qualify for some convoluted and vague variation on whatever a poser is today, but having no real idea what's going on with noise/PE scene politics EVER, and having heard two or three blasting discs by 'em over the last couple years, I think they basically RIP as far as my 'once in a blue moon' listening tastes go. More varied than you might expect, too. I guess this CD is sold out already but an LP version is coming out very soon on Apop.... Can't believe this Animals phase is still ongoing... I am this close to declaring "Dogs" to be Floyd's crowning achievement...
Posted by Larry at 9:47 AM